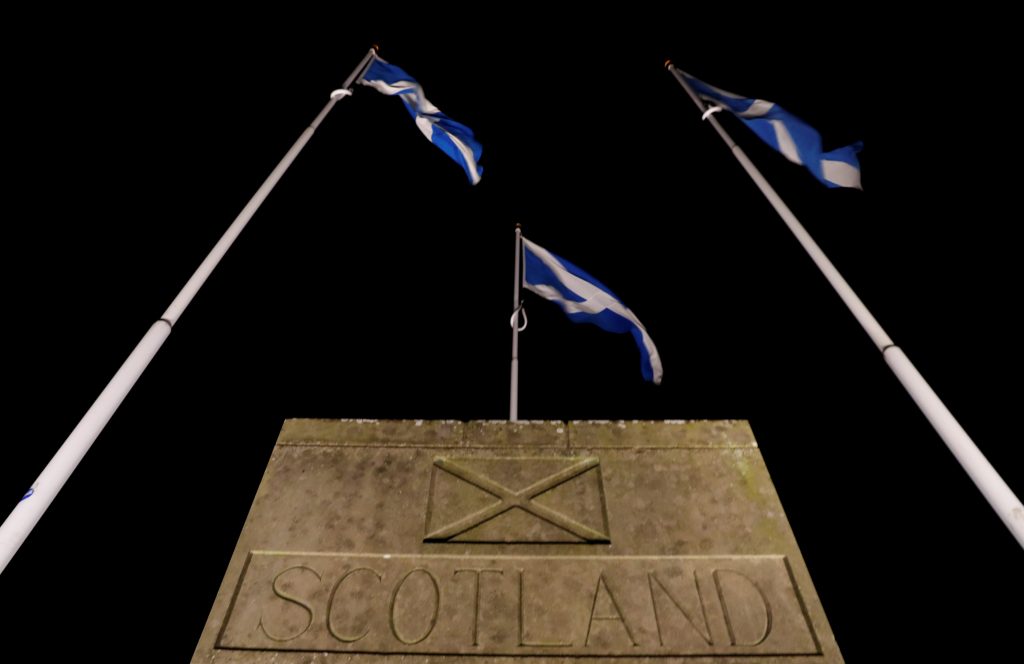 The British and Scottish leaders traded barbs Tuesday over Scotland’s desire to hold a vote on independence just as the U.K. is negotiating its exit from the European Union.

Scottish First Minister Nicola Sturgeon says she intends to ask voters in late 2018 or early 2019 whether they want to leave the United Kingdom.

Britain decided in a 2016 referendum to quit the European Union after four decades of membership, but Scots voted strongly to remain. Sturgeon says Scotland must not be “taken down a path that we do not want to go down without a choice.”

The British government must agree before Scotland can hold a legally binding referendum, and May condemned Sturgeon’s push for an independence vote, accusing the Scottish leader of sowing uncertainty and division.

“This is not a moment to play politics or create uncertainty,” May told lawmakers in the House of Commons. “It is a moment to bring our country together, to honor the will of the British people and to shape for them a better, brighter future and a better Britain.”

Sturgeon warned May against trying to block a referendum. The first minister said “the referendum must be for Scotland’s national legislature to shape.”

“It should be up to the Scottish Parliament to determine the referendum’s timing, franchise and the question,” Sturgeon said.

In a dig at May, Sturgeon tweeted that she had been elected “on a clear manifesto commitment” by her Scottish National Party to hold a referendum. She added: “The PM is not yet elected by anyone.”

May took office through an internal Conservative Party process when predecessor David Cameron resigned after failing to convince voters to back remaining in the EU. Critics accuse May of lacking a strong popular mandate because she has not won an election as prime minister.

In a 2014 referendum, Scottish voters rejected independence by a margin of 55 percent to 45 percent. But Sturgeon said the U.K.’s decision to leave the EU had brought about a “material change of circumstances.”

Sturgeon wants to put the independence question to Scottish voters before Britain completes its withdrawal from the EU, which will likely be in the first half of 2019.

She said it should be held “when the terms of Brexit are clear but before the U.K. leaves the European Union or shortly afterwards” so that Scottish voters have “a clear choice.”

Late Monday, Parliament passed a bill authorizing May to start two years of exit negotiations with the other 27 members of the bloc.

Once the bill receives the formality of royal assent from Queen Elizabeth II in the next few days, May will be free to ask for a divorce by invoking Article 50 of the EU’s key treaty.

May told lawmakers she intended to do that by her previously announced deadline of March 31.