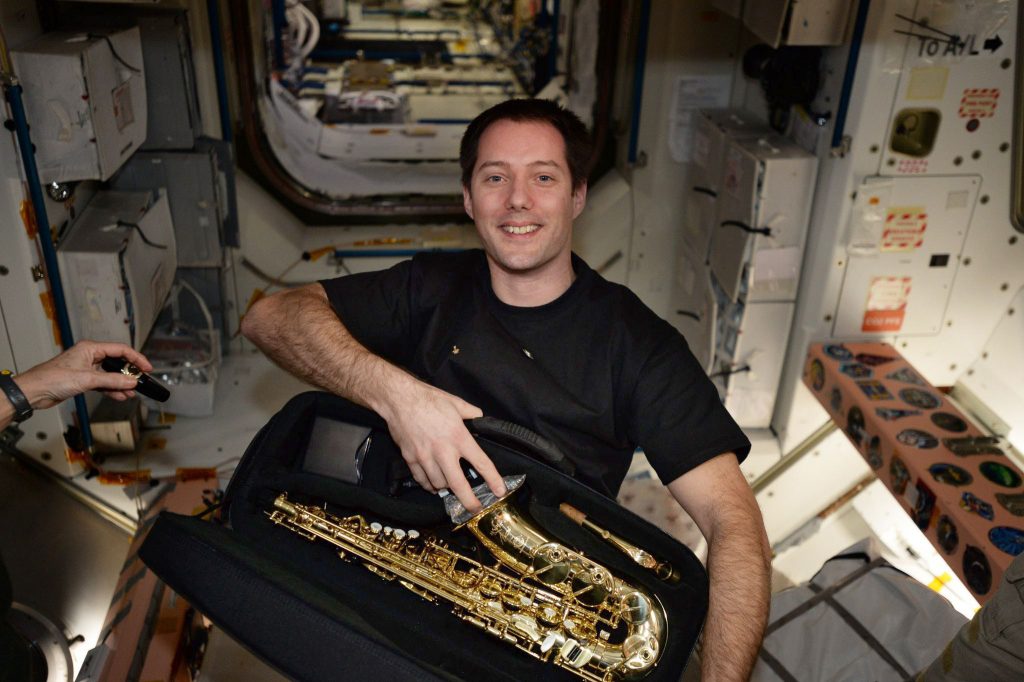 This is one cosmically cool sax — and saxophone player.

France’s musical astronaut Thomas Pesquet is enjoying a special birthday present delivered to him up at the International Space Station. The saxophone arrived in a SpaceX cargo ship on Feb. 23, and his crewmates kept it hidden until his 39th birthday on Feb. 27.

He revealed the birthday surprise this week via Twitter.

Pesquet has been in orbit since November, and still has a few months left. He’s a former pilot for Air France.

This isn’t the first time a sax has flown in space. Shuttle astronaut Ronald McNair took one up in 1984, two years before he died aboard the Challenger.