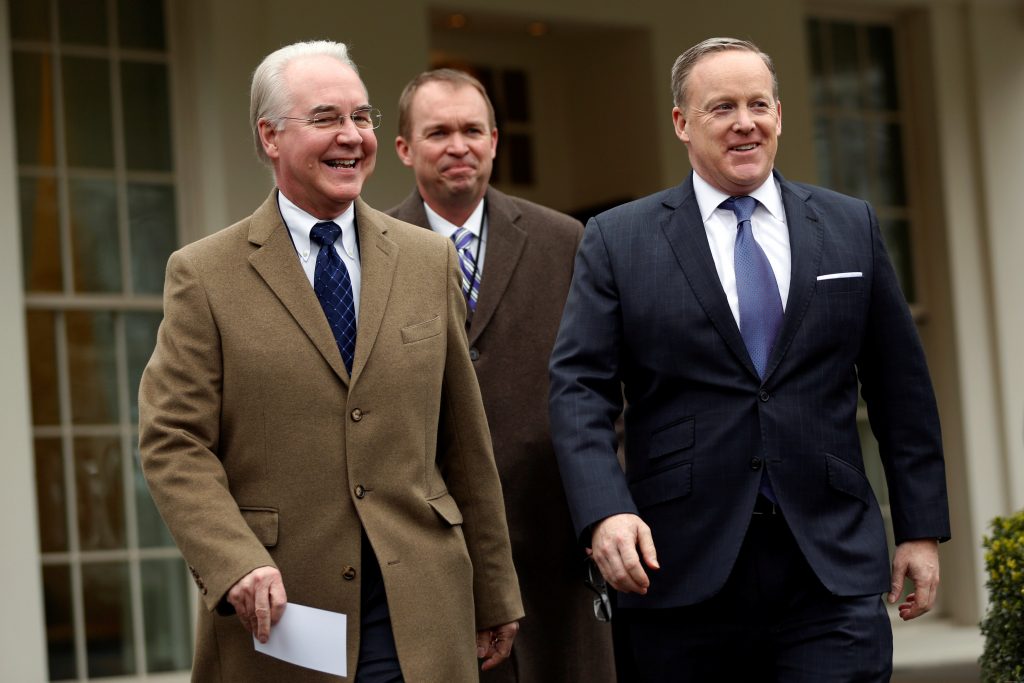 Republicans on Tuesday defended their plan to dismantle Obamacare after a Congressional Budget Office report said that 14 million Americans would lose medical insurance by next year under the proposal even as it reduces the budget deficit.

The CBO report released Monday forecast that by 2026, the number of people without health insurance would increase by 24 million if the House of Representatives’ legislation to replace the 2010 Affordable Care Act is adopted.

The findings could make it harder for Republicans to sell the plan — their first major piece of legislation under President Donald Trump — in Congress, especially the Senate.

Congressional Republicans have vowed for years to undo Obamacare, which expanded health insurance to about 20 million Americans.

But their new effort faces opposition from a range of Republicans — from conservatives who think it does not go far enough to moderates concerned about the impact on coverage and costs.

Doctors, hospitals and other medical providers as well as patient advocates have urged lawmakers to abandon the plan.

White House budget director Mick Mulvaney dismissed CBO’s ability to analyze health-care coverage and said the focus should not be on how many people are insured. “Coverage is not the end. People don’t get better with coverage, they get better with care,” he told MSNBC.

In one assessment that might convince more Senate Republicans to back the bill, the CBO said federal deficits would fall by $337 billion between 2017 and 2026 under the measure.

Trump, who campaigned on a pledge to repeal and replace Obamacare and provide insurance for everybody, has yet to comment on the report.

Democrats say the Republican plan could hurt the elderly, poor and working families while giving tax cuts for the rich. Senate Minority Leader Chuck Schumer said it “is a wreck.”

“It’s vintage Donald Trump: talks like a populist, but when he acts, it’s hard-right, favoring the special interests and hurting the middle class and those trying to get there,” Democrat Schumer told a news conference.

“While the CBO’s estimate … is a negative headline for hospitals, we believe that in its current form, the bill’s chances of passing are slim,” Jefferies analyst Brian Tanquilut said in a research note.

Price told NBC on Tuesday: “Every single American will have access and have the financial feasibility to purchase it.”

Overall, CBO projected that 52 million people would be uninsured by 2026 if the bill becomes law, compared with 28 million who would not have coverage that year if Obamacare remained unchanged.

CBO also said federal deficits would fall by $337 billion between 2017 and 2026 under the Republican bill.

Separately, a White House analysis showed 26 million people would lose coverage over the next 10 years, Politico reported, citing an Office of Management and Budget document.

Mulvaney, the budget director, told CNN he was unaware of that document.