The Reasons Sickness Surges in the Chilly Temperatures of Winter 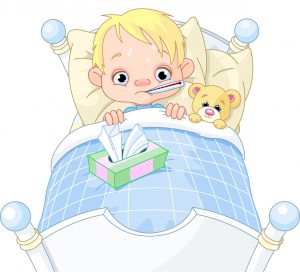 As winter drags on, so does the season for colds, stomach viruses, strep and the flu.

Many illnesses occur most frequently in the winter months. And peak season can last through May.

It’s not clear why winter brings so many health woes, says Pritish Tosh, an infectious-disease physician and researcher at the Mayo Clinic in Rochester, Minnesota.

People have observed seasonal illness spikes for centuries, dating back at least to the ancient Greeks. Since then, studies have documented some distinct patterns.

For example, winter is prime season for influenza, according to the Centers for Disease Control and Prevention. Flu generally strikes most often between December and March.

Other illnesses that show up most often in winter include the common cold, a severe form of respiratory illness called RSV and gastrointestinal suffering caused by rotavirus and norovirus.

Understanding why illnesses follow seasonal trends would be an important step toward predicting and stopping outbreaks. But scientists are still working out the details.

One classic myth, long debunked, is that getting chilled can make us sick. In experiments conducted decades ago, researchers placed cold viruses into the noses of volunteers who were either allowed to stay warm and dry or made to be cold and wet. Both groups fell ill at equal rates.

“The general conclusion is that being wet and cold isn’t what makes us sick,” says William Schaffner, a preventive medicine expert at the Vanderbilt University School of Medicine in Nashville. “It’s the viruses that make us sick.”

So why do so many viruses hit hardest in the winter months?

Several explanations probably apply, Schaffner says, including the theory that winter leads people to spend more time indoors inside the “breathing zone.” Within this radius of three to six feet, respiratory viruses can easily spread from person to person.

But that’s far from the only cause for winter’s assault on health. Weather conditions also seem to play a role in pathogens’ ability to infect people.

In experiments using guinea pigs, researchers from the Mount Sinai School of Medicine in New York have found that animals shed more virus for longer periods in colder temperatures. Using climate-controlled chambers, they also found that cold and dry conditions, such as those most frequently found in winter, allow exhaled viruses to stay suspended in the air longer than under other conditions. That is because droplets of moisture around them evaporate quickly, making the pathogens lightweight. In the summer, on the other hand, heavier droplets fall to the ground, where they are less likely to be inhaled.

Our immune systems may also be more vulnerable in the winter, according to some evidence. And certain pathogens thrive best in colder weather, Tosh says.

Whatever the cause, winter-related ills take the deadliest toll. In a 2015 study that included data on more than 72 million deaths in 13 countries, researchers attributed about 8 percent of deaths to temperature. Among those, cold accounted for 17 times as many deaths as heat did.

And it wasn’t extremes that proved most dangerous. Instead, the authors reported, moderately cold weather seemed to be most dangerous, primarily through its effects on our respiratory and cardiovascular systems.

Cold weather leads to constriction of the airways and suppression of the processes that defend against infection. Influenza alone can cause more than 50,000 deaths and hundreds of thousands of hospitalizations in the United States each year, according to CDC estimates.

Shoveling has been implicated in other health risks, too. Between 1990 and 2006, more than 195,000 Americans were treated for snow-shoveling injuries, according to estimates in one 2011 study. Lower-back injuries accounted for about a third of those injuries. Falls caused 20 percent.

Cold weather may also alter our health-related behaviors. With help from cameras in nine cities, a 2012 study found that people walk less when the weather is bad. With an increase in temperature of about nine degrees, the study recorded a 14 percent increase in the number of pedestrians. Pedestrian numbers surged by 23 percent when snow gave way to dry conditions.

One of the best ways to counter winter’s threat is with routine vaccinations, experts say, including the annual flu shot and the pneumococcal vaccine to protect against pneumonia.

“No article that talks about influenza’s impact on death would be complete without recommending that people should be getting vaccinated,” Tosh says. And individual vaccinations help protect the entire community.

Then there’s the usual health-maintenance stuff, including exercise, sleep and what Tosh calls “good respiratory etiquette.” Sneeze into your elbow. And wash your hands.

With warmer weather around the bend, it’s also time to prepare for a different set of health concerns. Summer is peak season for viral meningitis, along with Zika, Lyme and other diseases spread by insects.