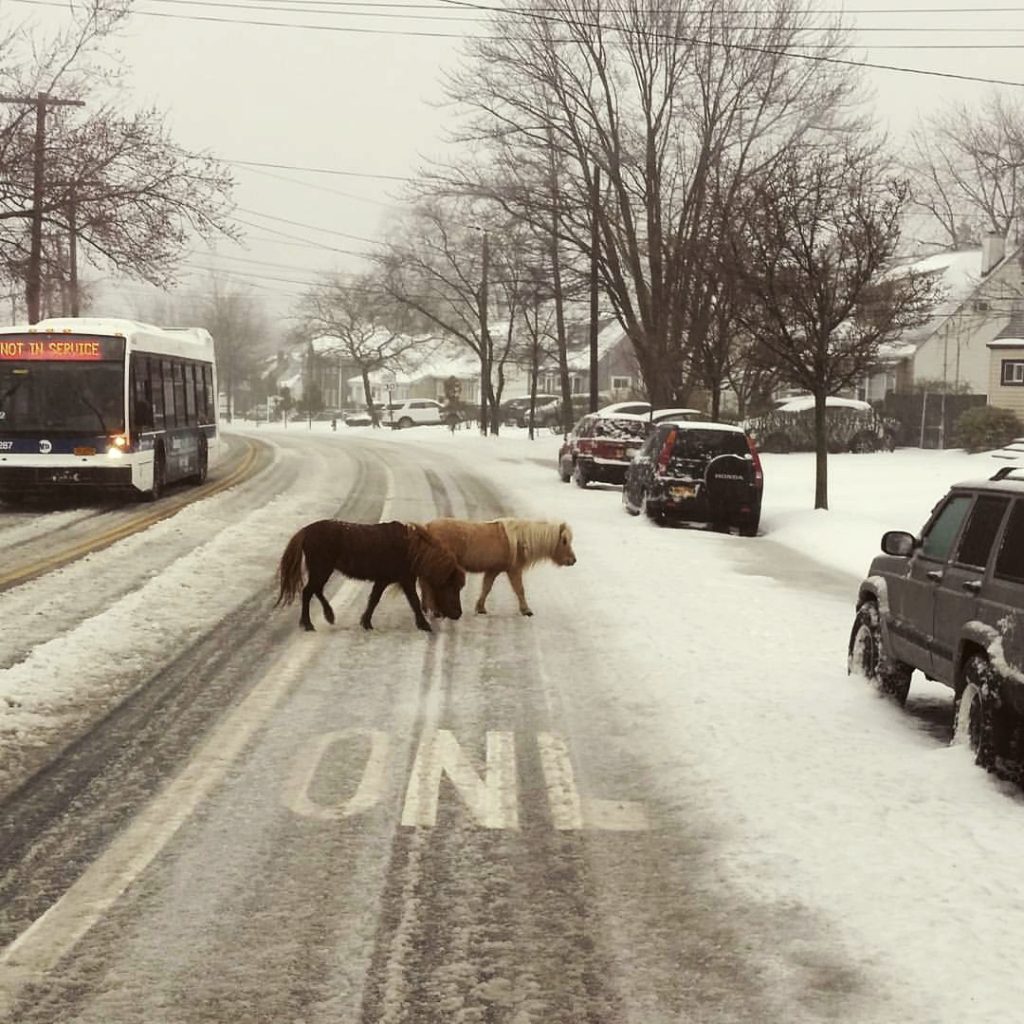 An off-duty police officer saw the animals roaming the snowy streets of Staten Island and wrangled them using straps for towing vehicles. He tied the ponies to a lamppost and called for backup.

A police car arrived and the ponies — one sandy brown and one chocolate brown — were returned safely to their stables.

Mayor Bill de Blasio issued thanks to “our cowboy officer.”