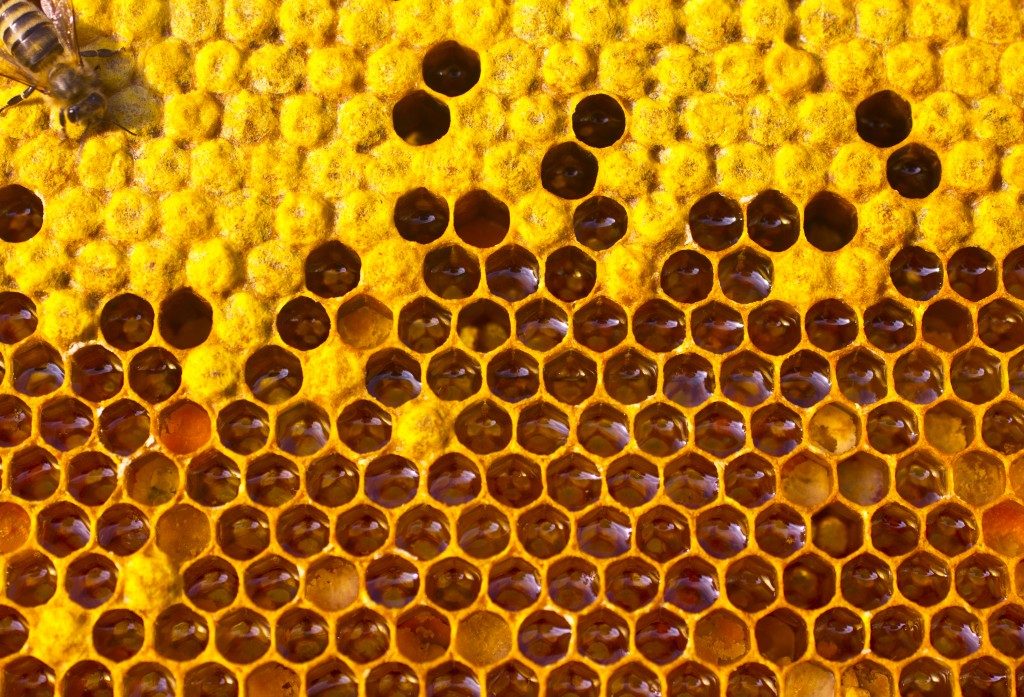 Considering the fact that bee colonies can contain up to 80,000 members — and her royal majesty lays between 1,000 to 3,000 eggs per day — finding a bunch of dead bees seemingly shouldn’t be all that much cause for concern. But it did, in fact, make headlines — across many news outlets — when thousands of bees were found washed up on the beach of Naples, south Florida, last month, on February 6. Bee experts questioned by NBC insisted that such an occurrence is quite unexpected, and concerns were raised as to what may be the cause.

My guess is that the larger, global bee concern is the underlying context for why this localized plague raised red flags. Global bee population decline — or Honeybee Colony Collapse Disorder (CCD for short) as it is often called — was first noted back in 2006 when beekeepers became alarmed by their colonies dying off at increasingly rapid rates. In some areas the problem is particularly pronounced. For example, within a span of about six years, California’s honey production was cut in half!

But it’s not honey which is the real concern here. Practically every third bite of food we eat is directly due to the pollination of bees and other insects. Apples, cucumbers, oranges, onions, almonds and avocados — to name just a few — would disappear without bees. Bees’ work is estimated at a global economic value of roughly $280 billion. Per annum! In the U.S. alone, current bee decline rates are causing annual losses of $30 billion. Given that background, it’s understandable that thousands of dead and dying bees suddenly washing ashore could make people quite nervous.

One of the fascinating — and quirky — consequences of CCD is a concept put forth by researchers in Japan: tiny drones coated with a unique sticky gel that could help out with pollination. Such advanced technology certainly arouses quite a wow effect, but — as Dave Goulson, professor at University of Sussex, U.K., pointed out — the chances of this idea solving the problem seems awfully far-fetched. “Even if the robo-bees cost 1 cent per unit and lasted a year” — quite an optimistic estimate, Goulson emphasized — “it would cost $32 billion a year to maintain the population and would litter the countryside with tiny robots. Real bees avoid all of these issues; they are self-replicating, self-powering and essentially carbon-neutral,” Goulson wrote in a post. “We have wonderfully efficient pollinators already,” he concluded. “Let’s look after them, not plan for their demise” (LiveScience).

As maaminim bnei maaminim, our immediate thought upon considering the wondrous complexity and delicate balance of the world expressed so exquisitely in the pollination process is, mah rabu maasecha Hashem! Our inquisitively honed minds also may bring us to wonder: Why is it that Hashem decided to make it this way? Surely, all those crops that are dependent on cross pollination didn’t have to be created that way! If Hashem had wanted, He could have made them produce their fruits and flowers without the need for pollination.

This is not mere philosophical fancy. Chazal make it clear that we can learn moral lessons from the behaviors of the creatures that Hashem put into this world. Modesty from cats. Integrity from ants. Marital harmony from chickens (Eruvin 100b). And the list goes on.

So, what is it that we are meant to learn from bees? Our intense dependency on these behind-the-scenes laborers ought to mean that we’re supposed to sit up and take notice, no? And perhaps it is just that. Interdependence, that is.

On Purim, Klal Yisrael spends an enormous amount of time interacting with one another. The giving and receiving that is expressed through the mediums of mishloach manos and matanos la’evyonim is of simply staggering proportions. Even the festive Purim feasts are marked by their character of togetherness and interconnectivity between family, friends, neighbors, and acquaintances. On Purim, the grandeur of cohesiveness that is manifest through each and every “mishpachah u’mishpachah medinah u’medinah v’ir va’ir” is fully brought to the fore. Perhaps this is another facet of the “yom k’Purim” — that Purim possesses a specialness that exceeds even that of Yom Kippur. Yom Kippur is a day, Chazal tell us, that we are like malachim: we don’t engage in our physical drives and there is peace between us. On Purim, this is achieved, perhaps, with even greater emphasis. Our communal and national interconnectivity and interdependence — the very foundation of our existence and ability to fully serve Hashem — reaches its zenith on Purim.

And who knows: If bees truly are meant to embody this exalted quality of harmonious interconnectivity and interdependence, perhaps their alarming decline in recent years is meant to serve as a wake-up call that there is a need for correction in this crucial area. Might it be?