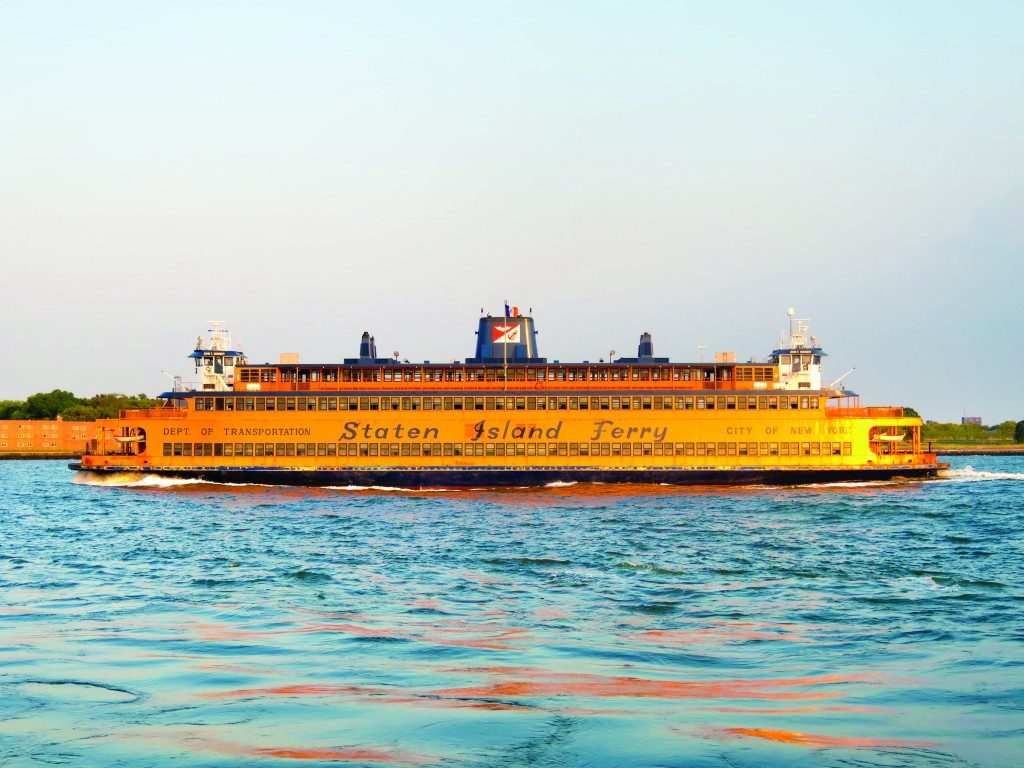 In aveilus, I do not listen to music these days.
But there is ambient music in many places that can’t be avoided, so I try at least not to enjoy it. Which doesn’t usually pose much of a problem.

Two places, though, where I have to spend a bit of time each weekday and where there is sometimes music — live, no less — are the ferry terminals in Staten Island and lower Manhattan.

There, too, the offerings are usually less than pleasurable to my ear. The strange lady who plays a saw hasn’t made an appearance in years; and the Mexican mariachi ensemble shows up only occasionally.

But there is an amazingly talented string quartet that sometimes shows up on the Staten Island side, and plays classical pieces for those waiting for morning ferries. It’s the kind of performance people willingly pay to see in a concert hall. And here it’s offered for free (though there’s a bucket for donations), and it is greatly appreciated by the crowd.

In the past, I would try to get up close to the music and to marvel at the dexterity of the musicians, their bows sailing slowly or swiftly, but always precisely, across the taut strings. These days, though, I stand back and try — it’s hard — to not find pleasure in the sounds. The onlookers stand there transfixed.

Until, that is, the doors to the ferry open. The spell is then broken and the mass of music aficionados suddenly morphs back into a bleary-eyed mob of commuters as the herd heads for, as P.T. Barnum would call it, the egress.

If the musicians are bothered by their rapidly dissipating audience, they don’t show it. They clearly are playing in the moment. The impromptu concert attendees, though, move quickly on, to something more important to them: their jobs.

Some are working stiffs, no doubt, low on the economic totem pole. Others, though, are headed to a particular place on the other side of the bay, a place called Wall Street. I overhear them sometimes talking about megamergers and stock options and bonuses; and the numbers they drop into their conversations drop my jaw as well. Maybe it’s just braggadocio, but if these guys make anything near the sort of money they claim, I can’t imagine what they do with it all. OK, so they pay full tuition at their kids’ private schools; as we all know, that can amount to quite a pretty penny. But none of them, it would seem, have children in yeshivah or kollel. How many yachts, really, can one family use?

Financial “success” is something universally pursued, and no community is truly immune to the redifas hamammon virus. Jews, too, a noted baal mussar once noted, are easily infected; after all, he remarked, one of our ancestors was Lavan.

But, of course, not all yerushos are equal, and Lavan’s in this case is most properly shunned.

And improperly embraced, which embrace can lead to things like “cutting corners” in business dealings or taxes; or even to discussions of commercial matters or the stock market on Shabbos, something clearly forbidden by the halachah of v’daber davar.

To be sure, there’s nothing technically wrong with having prodigious economic goals. One can live a life of Torah and mitzvos and pursue financial achievement too. But the “too” is so very vital. Because only one of those things — mitzvos or “making it” — can in the end be one’s ultimate life goal. The other must be relegated, like the concert is by the ferry passengers, to second place — at best.

That point, I think, is made, obliquely but undeniably by the Tanna Rabi Yitzchak, who (Bava Basra, 25b) advised that, when davening, “One who wishes to become wise should face south; and [one who wishes] to become rich should face north.” That advice, the Tanna explains, is based on the fact that, in the Kodashim, the shulchan, which represents sustenance, is in the north, and the menorah, which represents wisdom, is in the south.

This is not the place to expound on the halachic ramifications of reconciling that advice with the Gemara in Brachos (30a) about facing Eretz Yisrael and the Makom Hamikdash. (Readers are pointed to the Tur and Shulchan Aruch on Orach Chayim 94; 1-3.)

But however one might endeavor to put Rabi Yitzchak’s advice into action, one thing is self-evident and certain: It is impossible to simultaneously face both north and south.