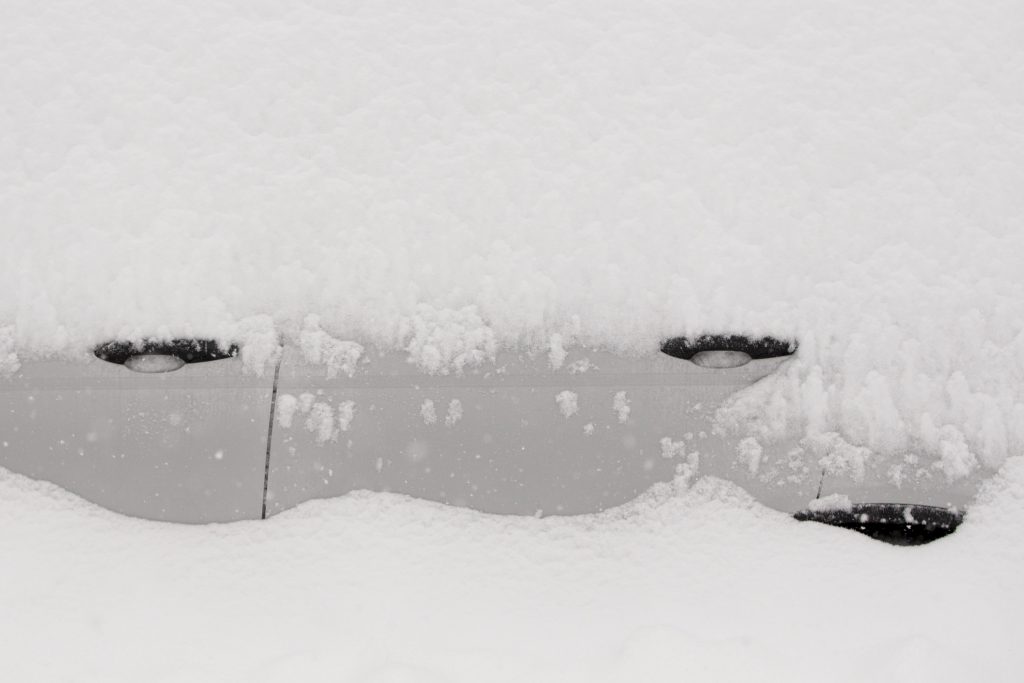 New York City is expected to get less snow than forecast in a late-winter storm that has slammed other parts of the mid-Atlantic and Northeast.

Snow changed over to pelting sleet in the city early Tuesday, and the National Weather Service says to expect 4 to 6 inches of snow, after earlier forecasts of 18 inches or more.

Elsewhere, forecasters were still expecting lots of snow. Around 100,000 customers had lost power from Virginia to New Jersey.

In Massachusetts, officials warned Tuesday morning that the storm was just getting started. In the western part of the state, the National Weather Service forecast as much as 2½ feet of snow.

U.S. airlines have scrapped about 5,400 flights Tuesday as a late-winter storm dumps snow on some of the nation’s busiest airports.

Southwest Airlines, which carries more domestic passengers than any other airline, doesn’t expect to operate any flights Tuesday at 14 airports stretching from Washington to Portland, Maine. Southwest cancelled about 900 flights, while American Airlines, JetBlue Airways and United Airlines each canceled more than 500.

Tracking service FlightAware.com says Tuesday’s cancellations bring the total for the week to around 7,740 flights. An additional 650 flights have been canceled for Wednesday, a number that FlightAware expects to rise as the airlines scramble to resume operations.

Meanwhile, attorneys general in New York and Pennsylvania have issued a warning about price-gouging during the snowstorm. Eric Schneiderman in New York says consumers should contact his office about “excessive increases” in the price of goods and services. Examples include food, water, gas, generators, hotels and transportation.

The price-gouging law also could apply to snow removal and equipment, salt and contractor services for storm-related damage.