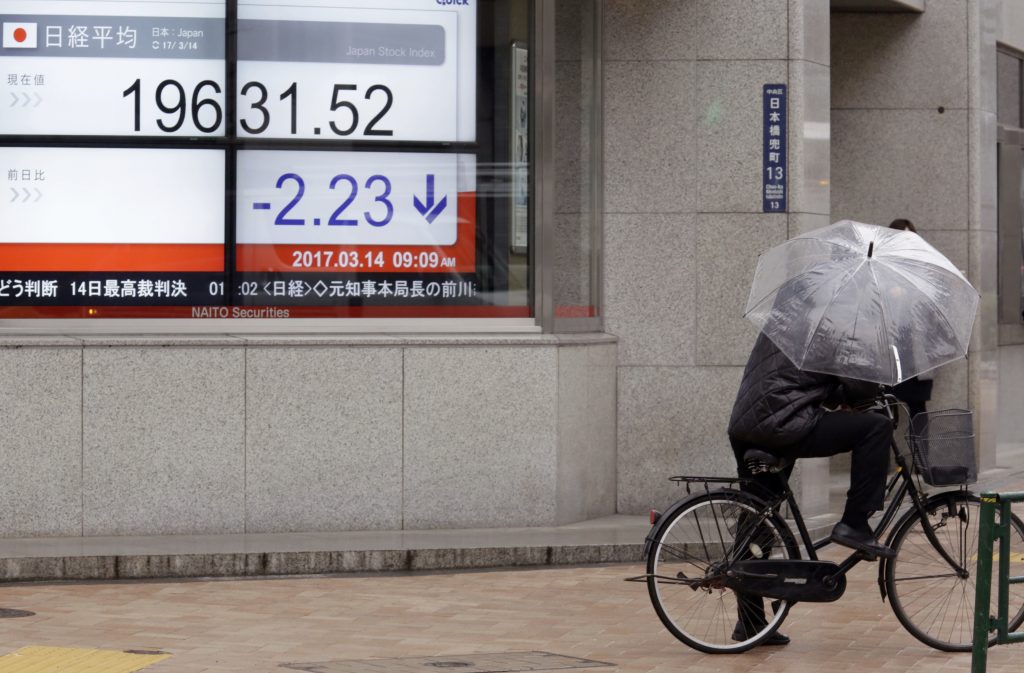 Global stock markets drifted in slow trading on Tuesday as investors awaited the outcome of the Federal Reserve’s meeting, and a batch of economic and political events later this week.

The Fed is scheduled to hold a policy meeting from Tuesday to Wednesday. Most investors expect it to raise rates for only the third time since they went to nearly zero during the financial crisis in 2008. With strong economic reports in recent weeks, expectations that the Fed may stand pat this month have changed.

“On the one hand, the market ponders a surprise hold, in which massive unwinding of positions could take place with the hike already priced in,” said Jingyi Pan, a market strategist at IG in Singapore. On the other hand, the Fed could raise interest rates from record lows at a pace faster than expected.

The Bank of England, Bank of Japan and other central banks are also holding meetings this week. Many economists expect the Bank of England to hold steady. The British government meanwhile could formally begin the process of exiting the European Union. Margaret Yang, a market analyst at CMC Markets in Singapore, said the so-called Brexit process could begin as early as the last week of March. The Netherlands has its own election this week, where politicians have also railed against the European Union and immigrants.

Benchmark U.S. crude oil added 7 cents to $48.47 per barrel in electronic trading on the New York Mercantile Exchange. The contract fell 9 cents to close at $48.40 a barrel on Monday. Brent crude, which is used to price international oils, rose 21 cents to $51.56 a barrel.