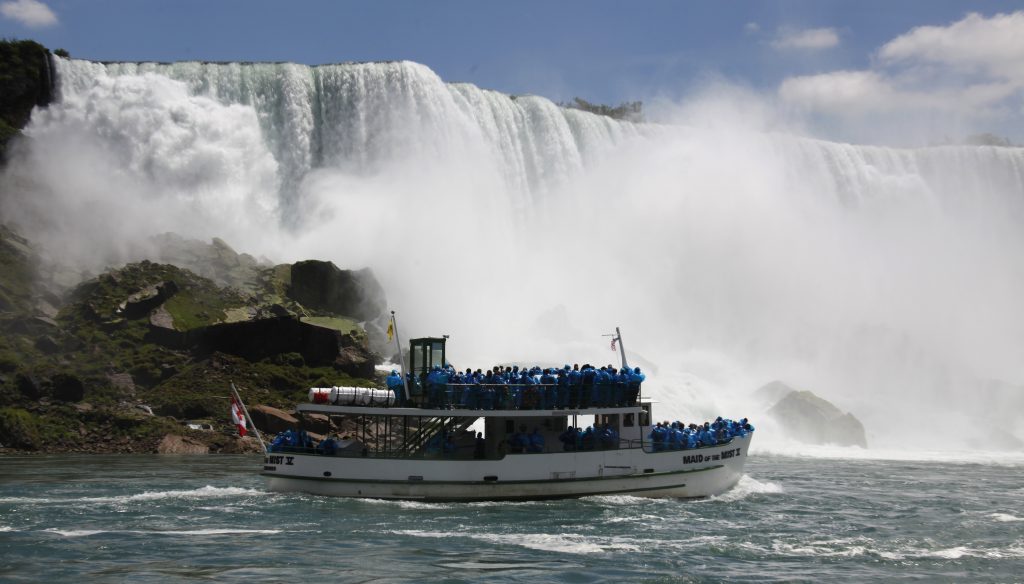 Niagara Falls, whose most famous thrill-seekers have gone over the brink in barrels, wants to be the place the rest of us go for outdoor adventure, too.

A new marketing effort launched Tuesday rebrands the American shore of the falls as a natural playground to be explored on foot, bike, boat or helicopter.

U.S. tourism officials, ever in competition with their counterparts on the heavily developed Canadian side of the binational attraction, say their new focus embraces the American side’s less commercial feel in a way they hope will attract more visitors for longer stays.

“What people are wanting to have on a getaway or a vacation is a time of experience and not just to come and witness or see and hear, but actually experience and touch and feel and do,” said John Percy, president and chief executive of the newly renamed Destination Niagara USA.

“Niagara Falls is the embodiment of America’s adventurous spirit,” he said.

The refocusing, coming just in time for the busy season, followed interviews, focus groups and visitor surveys that found that those who visit and live in the region most value its scenic, historical and natural attributes and are drawn to outdoor adventure, officials said.

The findings align with support in recent years for the ongoing removal of a highway that was built along the Niagara River, which will increase access to the water’s edge, as well as strong opposition to a proposal to build a lodge on rustic Goat Island inside Niagara Falls State Park. Opponents of the lodge cite renowned landscape architect Frederick Law Olmsted’s declaration more than 100 years ago that the area should be off-limits to developers.

It’s a marked contrast to Niagara Falls, Ontario, where neon-lit museums, rides and restaurants offer a carnival-like atmosphere at the water’s edge.

Niagara Falls State Park sees about eight million visitors every year from all over the world, a number that has been steadily rising, along with hotel visits and dollars spent.