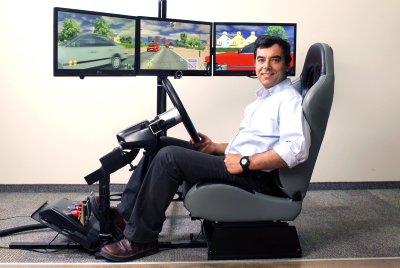 The biggest business deal in Israeli history will also bring into the government’s coffers its biggest one-time windfall ever, with the tax man collecting an estimated NIS 4 to 10 billion, mostly in income, luxury and capital gains taxes from the Israeli shareholders of the company. Even at the lower end, the ensuing proceeds will enrich the state to an extent that all Israelis will benefit – both in increased spending on public projects, as well as in lower taxes.

According to an announcement by Intel, the company is set to buy all outstanding ordinary shares of Mobileye for $63.54 per share in cash, representing an equity value of approximately $15.3 billion and an enterprise value of $14.7 billion. That sum is larger than the military and defense budgets for Israel.

Hours after the deal was affirmed by Intel on Monday, Prime Minister Binyamin Netanyahu and Finance Minister Moshe Kachlon jointly announced that they would be lowering taxes for Israeli middle-class taxpayers. The state was already running a surplus, and the Mobileye deal provides an even greater cushion for the government.

“Over the past year the Israeli economy has broken growth records,” Kachlon said at a news conference Monday. “Our economic statistics are excellent and Israelis deserve to benefit from the fruits of their hard work.” According to Netanyahu, “this deal proves that the vision we are leading is coming true. Israel is becoming an international technological powerhouse. Not only in regard to cyber, but in regard to vehicles as well.”

Along with a reduction in income taxes, sources in the Treasury said that the government would increase transfer payments to several groups, including the elderly and disabled. A reduction in VAT (value added tax) sales tax is also possible.

Not everyone was happy about the tax breaks. Zionist Camp MK Amir Peretz said that Israel “remains at the head of the list of countries with large income gaps. The state continues to be unsympathetic to the needy. The proceeds should be invested in social services, such as providing the elderly with more services or easing the pressure on hospitals.” Meretz head Zehava Gal-on said that “Netanyahu and Kachlon smell elections in the air, and they want to sell the public a false narrative, pretending to be giving to the poor when all they are doing is enriching the already well-off.”

About an hour after Intel confirmed the deal, Kachlon spoke with Mobileye cofounder Ziv Amiram, and congratulated him. “The best news about this is that we could retain the intellectual property of the company in Israel, that Mobileye’s management will remain in Israel, the brainpower remains in Israel, and the honor remains in Israel. As a result of this deal Israel becomes a center of the development of self-driving cars. This deal displays a strong faith in Israel and the Israeli economy.”

The deal was not only the largest one in Israel’s history, but the largest in Intel’s as well. Intel CEO Brian Krzanich is set to visit Israel Tuesday to meet Amiram and Mobileye founder Amnon Shashua. “This acquisition is a great step forward for our shareholders, the automotive industry and consumers,” Krzanich said in Intel’s announcement on the buyout. “Mobileye brings the industry’s best automotive-grade computer vision and strong momentum with automakers and suppliers. Together, we can accelerate the future of autonomous driving with improved performance in a cloud-to-car solution at a lower cost for automakers.” According to Intel, the market for the vehicle systems, data and services with which Mobileye will be helping the company will be worth up to $70 billion by 2030.