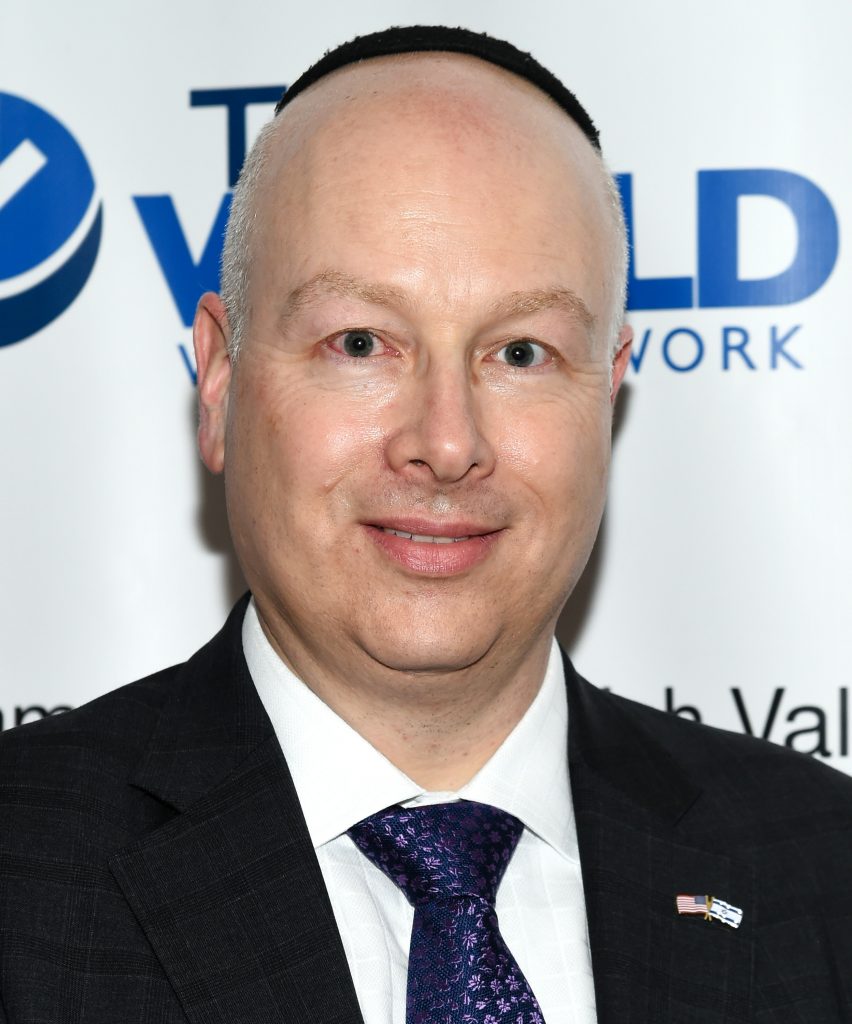 As his plane touched down in Frankfurt en route to Israel, Mr. Greenblatt tweeted, “Time for morning prayer (Shacharit) at unexpected stop in Frankfurt. Pray for peace.”

Mr. Greenblatt, who has been named Mr. Trump’s special representative for international negotiations, is slated to meet with Prime Minister Binyamin Netanyahu and Palestinian Authority President Mahmoud Abbas, Israel’s ambassador to the U.S. Ron Dermer, along with other senior officials.

The trip is expected to be a follow-up to the informal agreement made between Messrs. Netanyahu and Trump during their recent meeting in Washington to establish a mechanism to coordinate U.S. and Israeli officials on building policy in Yehudah and Shomron. Broader issues of Mideast peacemaking and related issues will also be up for discussion.

Mr. Greenblatt, an Orthodox Jew from Teaneck, New Jersey, graduated from Yeshiva University and studied for a year at Yeshivat Har Etzion in Alon Shvut. He has worked for Mr. Trump over the last two decades as a real estate lawyer.