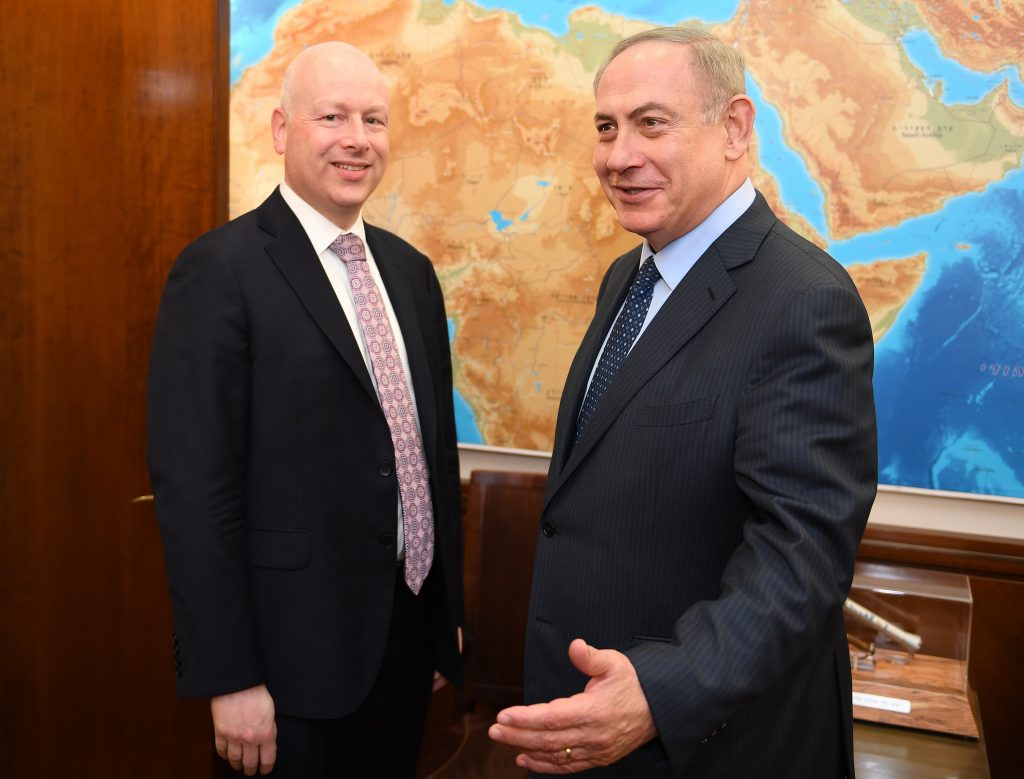 Netanyahu’s office released footage of Benjamin Netanyahu and Jason Greenblatt before their meeting Monday, but offered no details.

Channel 2 said Netanyahu wants to reach understandings with the envoy on settlement-building in some areas.

Trump appears to have adopted friendlier positions toward Israel than his predecessor, including a vague stance on Palestinian statehood and a more lenient approach to settlements.