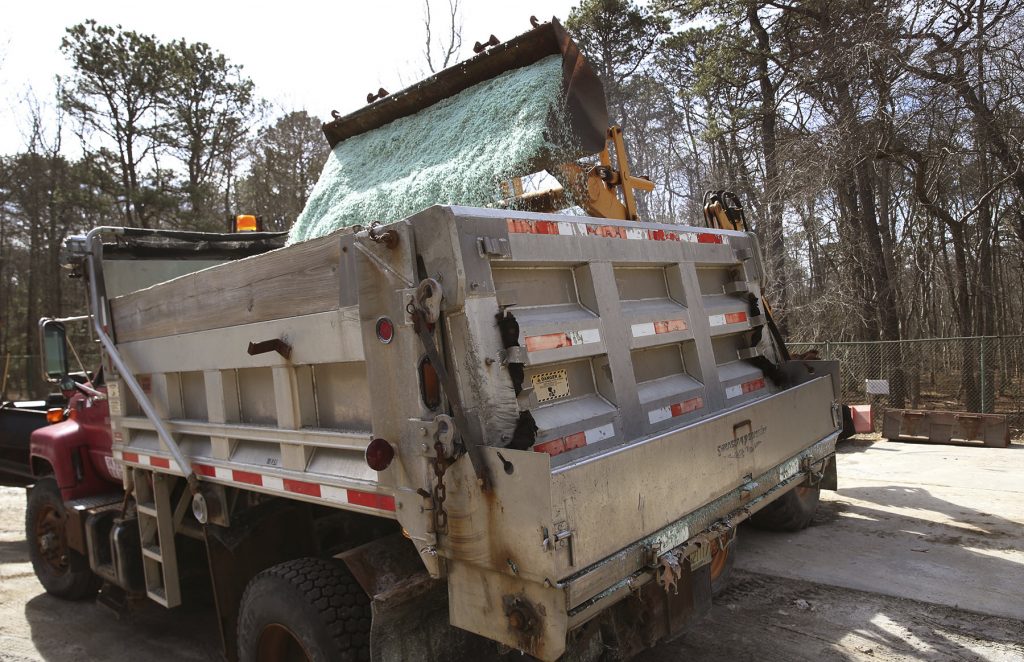 Sandwiched between days that felt like spring last week and the official start of spring next week, a massive nor’easter is poised to bring a reminder that winter isn’t over yet, with blizzard conditions and a blanket of heavy snow expected in the mid-Atlantic and Northeast.

Meteorologists were calling for snowfall totals as high as 20 inches in New York City from the storm’s start late Monday through Tuesday evening. The National Weather Service issued a blizzard warning for the city and parts of neighboring New Jersey and Connecticut, with wind gusts up to 55 mph and low visibility predicted.

The weather service’s office near Philadelphia called the storm “life-threatening” and warned people to “shelter in place.”

Travel was sure to be impacted: About 4,000 Tuesday flights were canceled as of Monday afternoon, Amtrak canceled and modified service up and down the Northeast Corridor and motorists were urged to stay off the roads.

He urged residents to avoid unnecessary travel and help keep the roads clear. “We’re preparing for a significant storm on Tuesday, and New Yorkers should also prepare for snow and dangerous road conditions,” de Blasio said.

The weather about-face comes a week after the region saw temperatures climb into the 60s. Spring officially starts on March 20.

Boston could get 12 to 18 inches, with isolated amounts of up to 2 feet across northeastern Massachusetts.

In Philadelphia, where up to a foot of snow could fall, crews began treating some area roadways on Sunday.

Farther south in the nation’s capital, where the National Cherry Blossom Festival is scheduled to start Wednesday, snow accumulations of 6 to 8 inches are expected. Baltimore is expected to get 8 to 12 inches.

As the East Coast prepared, the Midwest was hit with snow, forcing a number of flight cancellations. In Chicago, the forecast called for 3 to 6 inches of snow, the city’s first significant snowfall since mid-December.

Southern portions of Minnesota got more than 9 inches of snow in some areas. In Michigan, utility crews worked in the snow to restore power to those still without electricity following high winds that hit the state on Wednesday.