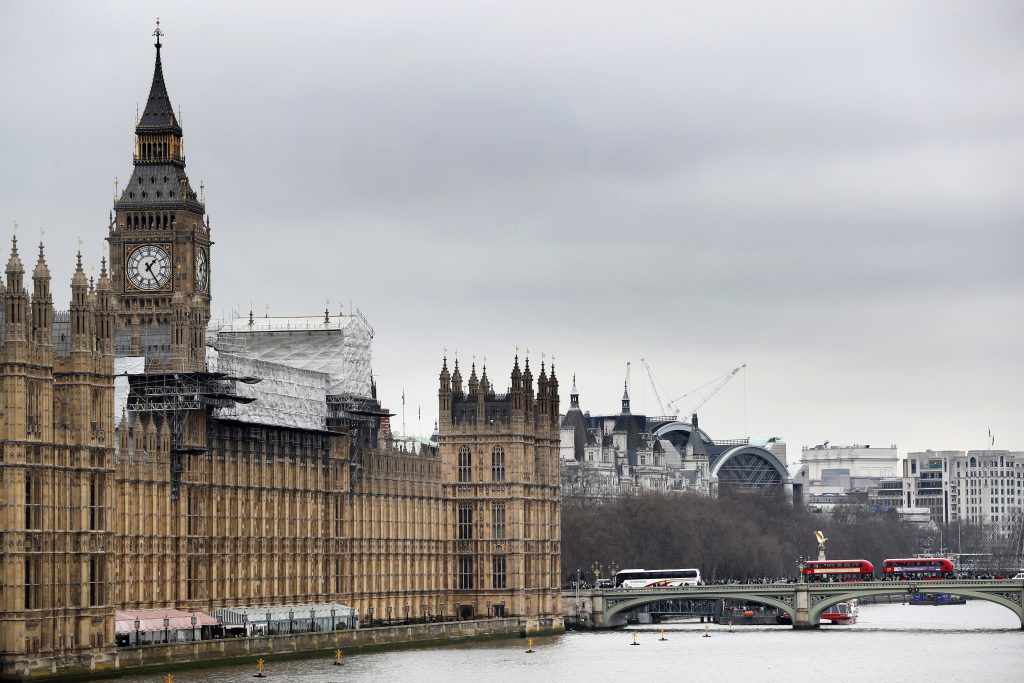 British Prime Minister Theresa May is set to clear the final hurdle standing between her and the start of Brexit negotiations on Monday after lawmakers voted to throw out changes to a bill giving her the power to start the EU exit process.

Members of the lower house of Parliament voted on Monday to overturn changes to the legislation made by the upper house earlier this month, after the government argued it needed freedom to operate without restriction to get a good deal.

“We will not enter the negotiations with our hands tied,” Brexit minister David Davis told Parliament ahead of the two-hour debate.

The bill was then sent immediately back to the upper house for debate and approval, which was scheduled to begin around 7:30 p.m. local time (3:30 p.m. ET).

The unelected upper chamber, the House of Lords, wary of being seen as trying to block the outcome of last June’s Brexit vote, is not expected to fight for their changes a second time.

If they approve the bill, it will then be sent to the Queen for symbolic approval which could be granted as early as Tuesday morning, leaving May ready to start a two-year negotiation period, as set out in Article 50 of the EU’s Lisbon Treaty.

May’s spokesman hinted on Tuesday, however, that she might do so closer to the end of the month.

May’s task in negotiating Britain’s EU exit was complicated on Monday by Scottish First Minister Nicola Sturgeon demanding a new independence referendum, to be held in late 2018 or early 2019, once the Brexit terms are clearer.

The government had lost two key votes in the House of Lords in recent weeks, adding conditions to the bill that said May must guarantee the rights of EU nationals living in Britain and give lawmakers more powers to reject the final terms she reaches with the EU.

But Davis succeeded in warding off a potential rebellion in the lower chamber, the House of Commons, where May only has a slim majority, from a handful of pro-EU Conservatives who say parliament should be able to prevent the government walking away from negotiations and leaving without a deal.

Earlier, May’s spokesman said the government wanted the bill to be passed unamended.

“We’ve also been clear throughout that we are determined parliament will be engaged all the way through the process and afterwards,” he told reporters.