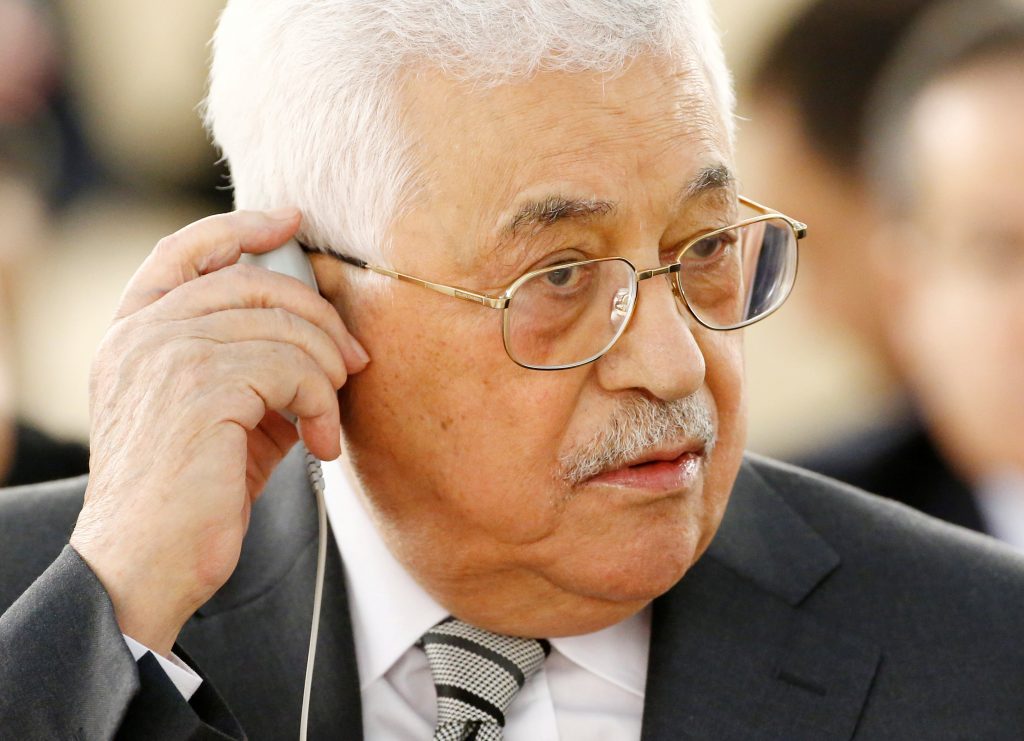 The White House said in a statement that the two leaders on Friday discussed ways to advance peace throughout the Middle East.

“The president emphasized his personal belief that peace is possible and that the time has come to make a deal,” the White House said. “The president noted that such a deal would not only give Israelis and Palestinians the peace and security they deserve, but that it would reverberate positively throughout the region and the world.”

President Trump underscored that such a peace agreement must be negotiated directly between the two parties, and that the United States will work closely with Palestinian and Israeli leadership to make progress toward that goal, the statement said.

“We are ready to deal with President Trump and the Israeli government to resume the negotiations,” Abu Rdeneh said.

There was no immediate comment from the Israeli government.

Friday’s call was the first between Trump and Abbas since Trump took office.