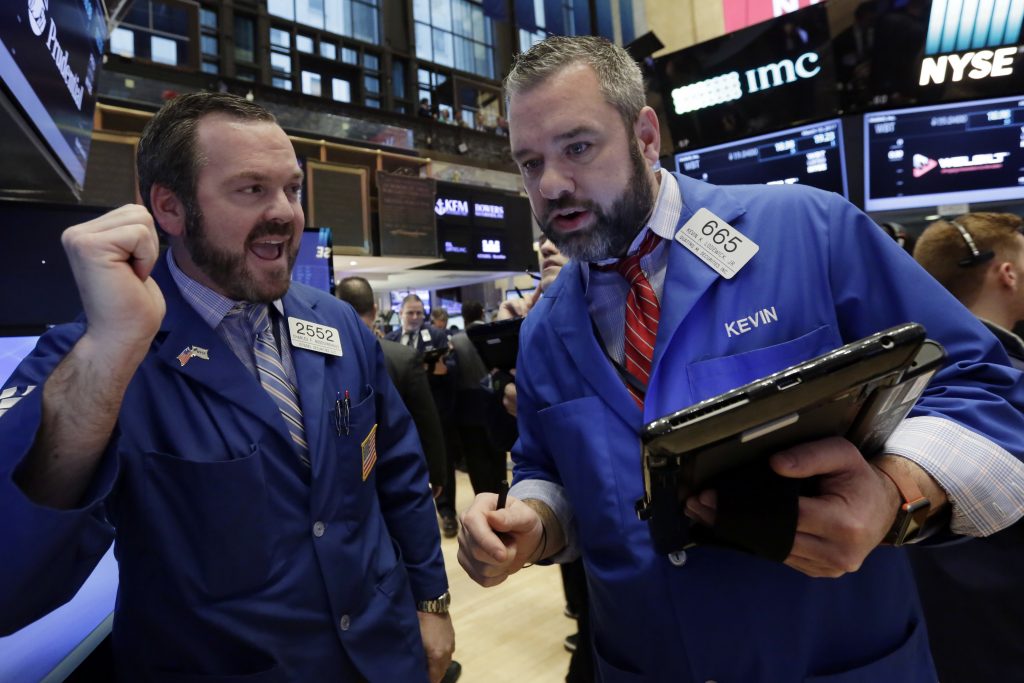 U.S. stocks are moving higher Friday morning after a strong February jobs report. Technology companies are rising more than the rest of the market, but renewed losses for energy companies are limiting the gains overall. The Federal Reserve is widely expected to raise interest rates next week following the strong employment report.

Stocks have mostly fallen since March 1, the day indexes soared to their most recent record highs. That’s the last day the S&P 500 rose more than 0.1 percent.

HIGHER HIRING: U.S. employers added 235,000 jobs in February, more than analysts had expected, according to the Labor Department. The gains in hiring and pay, along with higher consumer and business confidence since the November election, could lift spending and investment in coming months and accelerate economic growth.

Investors had expected the Federal Reserve to raise interest rates, and a poor jobs report might have been the last thing that could have prevented that. ADP released a strong private-payroll survey earlier this week, but Labor Department data covers public as well as private hiring.

THE QUOTE: “It was a solid report all around that reinforces that the economy is on solid footing,” said Sameer Samana, strategist for the Wells Fargo Investment Institute. Samana said that investors are glad to see continued hiring and more people seeking work, but they’re also glad that the economy isn’t gaining strength too quickly. That might have forced the Fed to raise interest rates faster, with uncertain effects on the economy.

“If they go too quickly or raise rates too many times, there’s a risk we’ll find ourselves in a downturn,” he said.