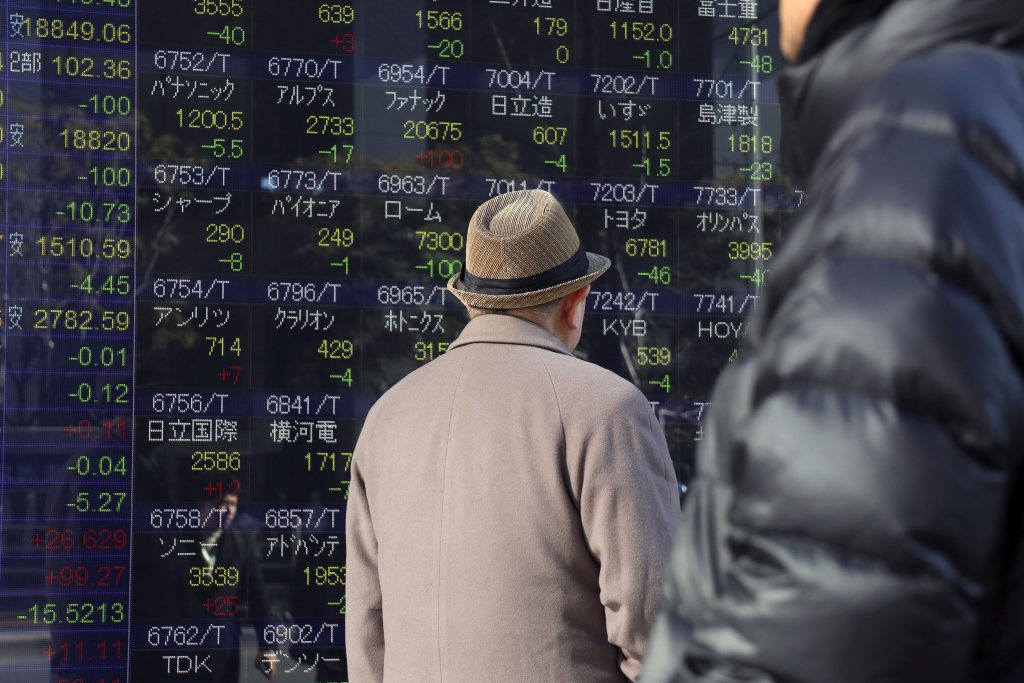 Asian stocks edged up and the dollar rose to seven-week highs versus the yen on Friday, ahead of the closely-watched U.S. non-farm payrolls report due later in the day.

Spreadbetters expected the firmer tone in equities to carry over into Europe, forecasting a higher open for Britain’s FTSE , Germany’s DAX and France’s CAC.

Japan’s Nikkei climbed 1.5 percent on the back of a weaker yen.

In currencies, the euro enjoyed a lift after European Central Bank (ECB) head Mario Draghi’s suggestion on Thursday that it was less necessary to prop up the market through ultra-loose monetary policy.

The German 10-year Bund yield rose to its highest level since early February.

“The ECB in a sense is saying it is not going to do more QEs. And markets now think the ECB is not just tapering but raising rates quite early, pricing in 70- to 80-percent chance of a rate hike of 10 basis points in the second quarter of next year,” said Hideki Kishida, senior strategist at Nomura Securities.

The dollar fared better against the Japanese yen, rising to 115.435, its highest since Jan. 19, as benchmark U.S. Treasury yields rose to three-month highs on expectations that Friday’s nonfarm payrolls report could seal expectations for the Fed to hike rates next week.

Cementing views of tighter U.S. policy was also a report on Thursday that showed that the number of Americans applying for unemployment benefits rose to 243,000 last week, rebounding from a near 44-year low, but continuing to point to a tightening labor market.

The dollar index against a basket of major currencies was up 0.1 percent at 101.900. Wall Street was marginally higher the day before, underpinned by speculation that the widely anticipated labor market report on Friday would show U.S. payrolls growth in February was far more than economist forecast.

The employment figures are drawing particular interest as chances of the Federal Reserve raising interest rates several times this year could improve if the data underlines U.S. economic strength.

“A robust report could give rise to speculation that the Fed could hike rates not just three but even four times this year, in turn pushing up the dollar and U.S. yields,” said Shuji Shirota, head of macro-economics strategy group at HSBC in Tokyo.

“Higher yields could be positive for broader equities, which have drawn support from reflation trades. But some in the market may focus on the potentially negative impact that higher yields have on equities, so it is hard to predict the effect of the jobs report.”

Also of concern to broader risk asset markets was crude oil, where prices fell to more than three-month lows overnight as record U.S. crude inventories fed doubts about the effectiveness of OPEC’s recent deal to curb a global glut.

With global energy stocks under pressure, MSCI’s 46-country All World index declined for a sixth consecutive day on Thursday, after setting an all-time high just over a week ago.

The firmer greenback and the prospect of higher U.S. rates pressured both precious and industrial metals.

Three-month copper on the London Metals Exchange was at $5,719 a ton after slipping to a two-month trough of $5,652 the previous day.