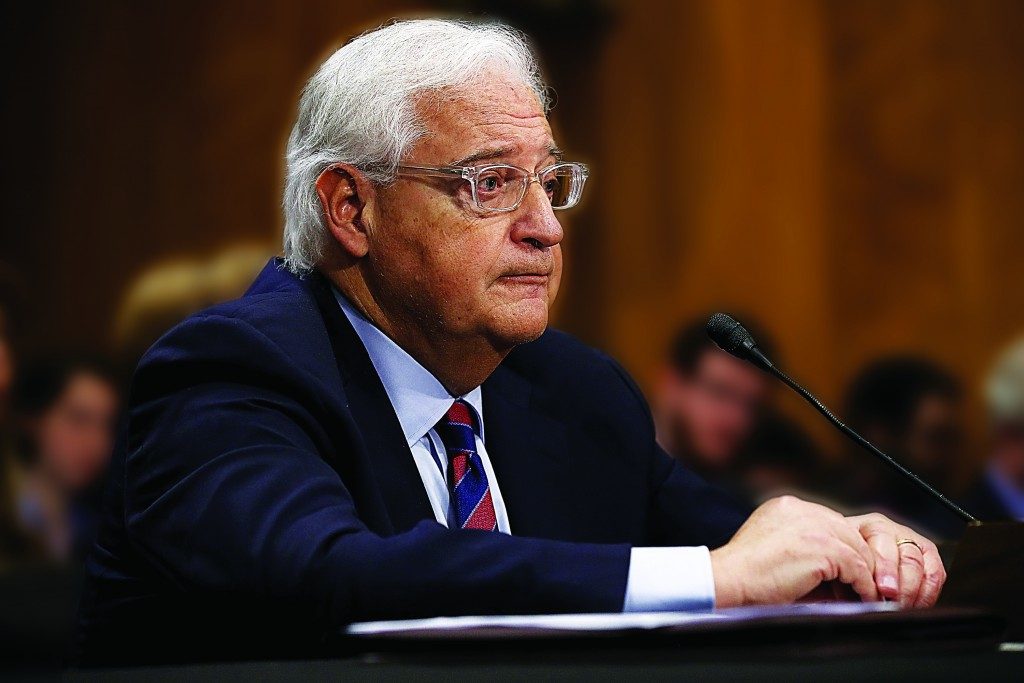 New Jersey Democratic Sen. Bob Menendez voted with the committee’s 11 Republicans in favor of the nomination.

Friedman is a combative attorney who once worked as Trump’s bankruptcy lawyer. He sought to use his confirmation hearing a month ago to repair the damage from his past verbal attacks on political opponents. Friedman assured senators he regretted using inflammatory language and promised to be “respectful and measured” if confirmed.

Other Democrats on the committee say Friedman’s record of divisive statements can’t be erased and compromises his effectiveness in the important post.