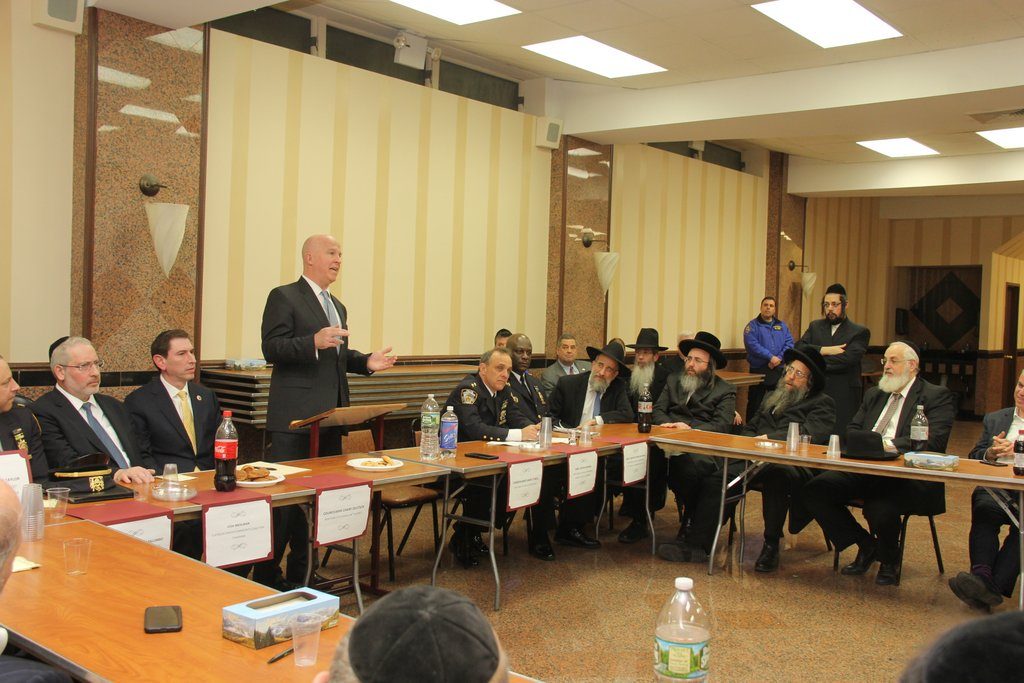 Police Commissioner James O’Neill assured Jewish community and religious leaders Wednesday night of the NYPD’s commitment to work closely with their federal law enforcement to bring the perpetrators of recent threats to justice.

In a meeting hosted by the Flatbush Jewish Community Coalition and Councilman Chaim Deutsch, Mr. Deutsch addressed the need to develop relationships with the diverse communities that reside in Southern Brooklyn. He referred to Holocaust educational programs in public schools that bring survivors to speak with young people.

Mr. Deutsch, a member of the Public Safety Committee, also announced his support for a $25 million grant that would provide funding for vulnerable or targeted institutions to upgrade their security and security staffing. The City Council’s Jewish Caucus, of which he is a member, is pushing to have this included in this year’s budget.

On Thursday, the NYPD’s head of intelligence said that investigators believe one man using a voice changer and phone spoofing device is behind a large number of the scores of threats made against U.S. Jewish institutions this year.

“We have an offender with some technical prowess here,” Miller said. “Most of the time, the person who’s legitimately trying to do harm doesn’t call ahead to diminish the amount of harm he or she is doing.”