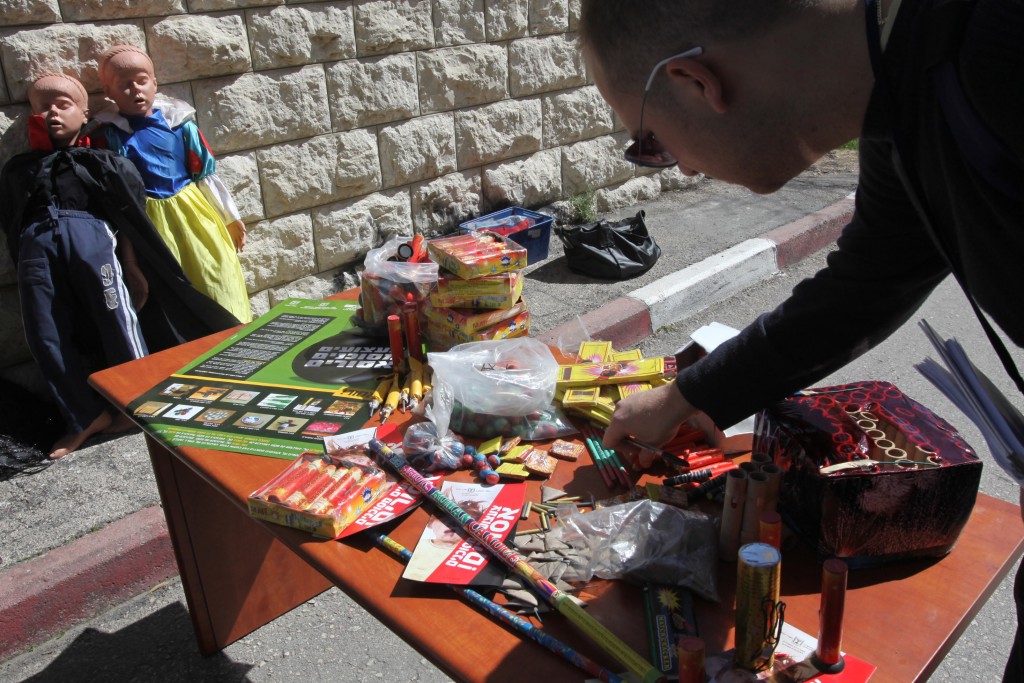 With Purim coming up, safety authorities have redoubled their efforts to take out of circulation dangerous toys that could injure children. Just last week, for example, police confiscated thousands of illegal firecrackers and dangerous toys, among them devices with laser beams and smoke bombs, from a warehouse in Beitar Illit, hours before they were to be distributed to stores in chareidi neighborhoods for sale before Purim.

But what exactly makes a toy dangerous? It turns out that this has never been defined under Israeli law, with measures for public safety in toys issued by the Economy Ministry via specific orders. The Knesset Economic Committee this week is beginning work to prepare for its second and third reading a bill that would formalize the definition of toy safety, and set out clear rules for declaring which toys are safe and which aren’t.

The bill is being sponsored jointly by MKs Yaakov Peri (Yesh Atid) and Abad Al-Hakim Hajj Yihyeh (United Arab List), who are both concerned about the use of dangerous toys in their communities, both during Purim and Ramadan. It turns out, said Uri Stein, who heads an inter-Knesset committee on dangerous toys, that there is an aftermarket for both Purim and Ramadan toys, with toys that have gone unsold during the buying season for one community then repackaged and sold in the other community.

Just this week, said Stein, a large haul of dangerous toys was made in the Arab town of Kalansua. One major problem, the MKs said, is that there are only 10 inspectors in all the government ministries who track the issue of dangerous toys. The bill they are sponsoring calls for a significant increase in the number of inspectors.