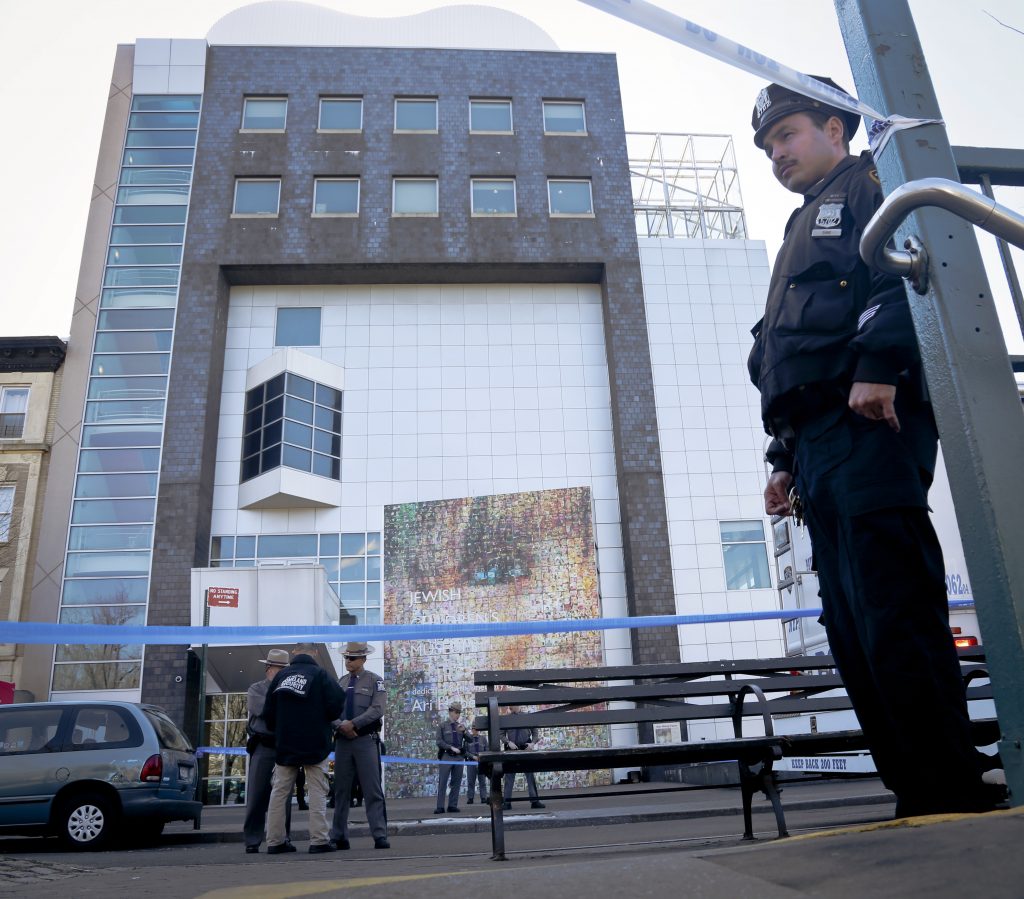 Scotland Yard and the Federal Bureau of Investigation are investigating more than a hundred bomb threats made to Jewish groups in the United States and Britain since Jan. 7, U.S. and UK law-enforcement and Jewish-community officials said.

Investigators said there is evidence that some of the U.S. and British bomb threats are linked. According to people in both countries who have listened to recordings of the threats, most of the them have been made over the telephone by men and women with American accents whose voices are distorted by electronic scramblers.

Waves of threats against U.S. Jewish groups — including community centers, schools, and offices of national organizations such as the Anti-Defamation League (ADL) civil rights group — have been followed within hours by similar but smaller waves against Jewish organizations, mainly schools, in Britain, Jewish community representatives in both countries said.

FBI officials in Washington confirmed that the agency is investigating the threats against U.S. Jewish organizations. Sources in Britain’s Jewish community said London’s Metropolitan Police, otherwise known as Scotland Yard, is conducting its own investigation and collaborating with the FBI.

Scotland Yard did not immediately respond to an email requesting comment.

Some of the most recent threats were called in Tuesday to ADL offices in Atlanta, Boston, New York and Washington. White House spokesman Sean Spicer said President Donald Trump’s administration would “continue to condemn them and look at ways to stop them.”

The threats, 140 of them in the United States alone, according to Jewish community leaders, usually have involved callers claiming that improvised explosive devices have been placed outside the buildings that have been threatened.

However, no homemade bombs have been found outside any of the threatened premises in either the United States or the U.K., community officials said.

Federal prosecutors in Manhattan filed charges against Juan Thompson, a former writer for the investigative website The Intercept, earlier this month alleging that he was responsible for at least eight threats emailed to Jewish community centers as “part of a sustained campaign to harass and intimidate” a former acquaintance.

Jewish community officials in the United States and Britain said they think the threats that investigators linked to Thompson were not related to the larger campaign against Jewish organizations in their countries.