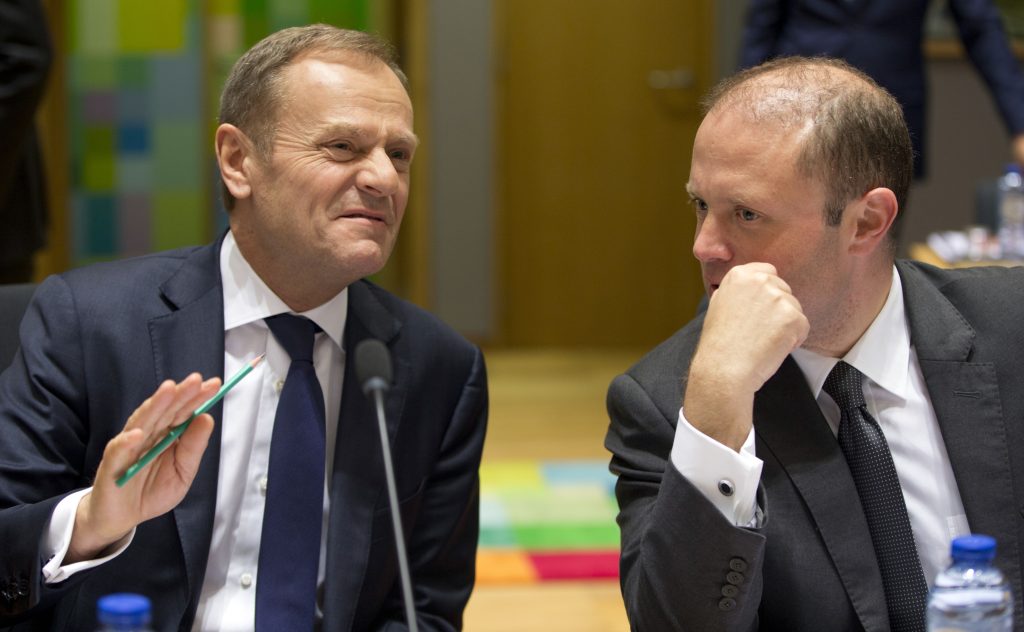 EU President Donald Tusk said Wednesday leaders of the 28 EU countries at a summit this week will “want to signal our continued strong support for free and fair trade and an open and rules-based multilateral trading system.”

He added: “This message matters, not least in view of the protectionist signs around the globe.”

He didn’t name any country, but there’s widespread concern in Europe over the new U.S. administration’s approach to trade.

Prime Minister Joseph Muscat of Malta, which holds the rotating EU presidency, said “There is a wide consensus on the need to protect our companies, to protect our workers, but that should not translate itself into protectionism.”