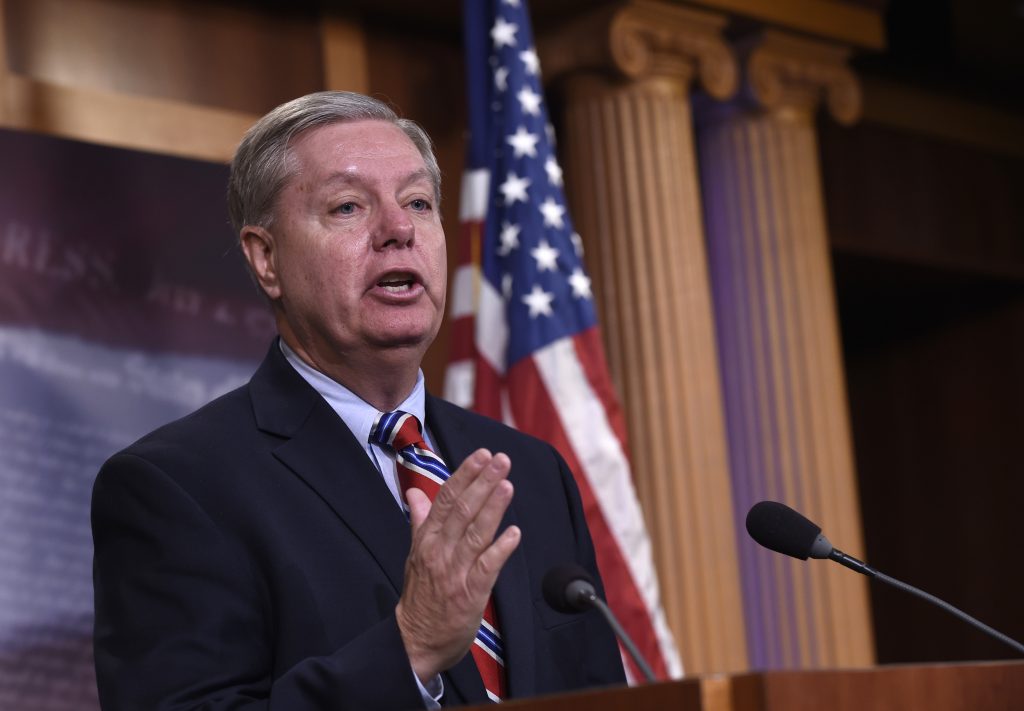 The leaders of a congressional inquiry into Russia’s efforts to sway the U.S. election called on the Justice Department Wednesday to produce any evidence that supports President Donald Trump’s explosive wiretapping allegation.

Mr. Trump tweeted last weekend that former President Barack Obama had tapped his phones at Trump Tower during the election. But Mr. Trump offered no evidence to back up the accusation. Through a spokesman, Mr. Obama said neither he nor any White House official had ever ordered surveillance on any U.S. citizen. Mr. Obama’s director of national intelligence, James Clapper, said nothing matching Mr. Trump’s claims had taken place.

Following Mr. Trump’s tweet, FBI Director James Comey privately asked the Justice Department to dispute the president’s claim because he believed the allegations to be false.

As the chairman and top Democrat on the Senate Judiciary crime and terrorism subcommittee, Sens. Graham and Whitehouse said they would take very seriously “any abuse of wiretapping authorities for political reasons.”

But, they added, “We would be equally alarmed to learn that a court found enough evidence of criminal activity or contact with a foreign power to legally authorize a wiretap of President Trump, the Trump Campaign, or Trump Tower.”

The senators are seeking warrant applications and court orders, which they said can be scrubbed to protect secret intelligence sources and methods.

The House and Senate Intelligence committees, and the FBI, are investigating contacts between Mr. Trump’s campaign and Russian officials, as well as whether Moscow tried to influence the 2016 election. Mr. Trump demanded that they broaden the scope of their inquiries to include Obama’s potential abuse of executive powers.

Messrs. Graham and Whitehouse acknowledged Mr. Trump’s desire for the intelligence committees to have purview, but they argued that their subcommittee has oversight of the Justice Department’s criminal division.

Mr. Graham has been a frequent critic of Mr. Trump’s push for closer ties with Moscow. After Mr. Trump’s victory in November, he pledged to use his position in the Republican majority to investigate what he called “Russia’s misadventures throughout the world.”