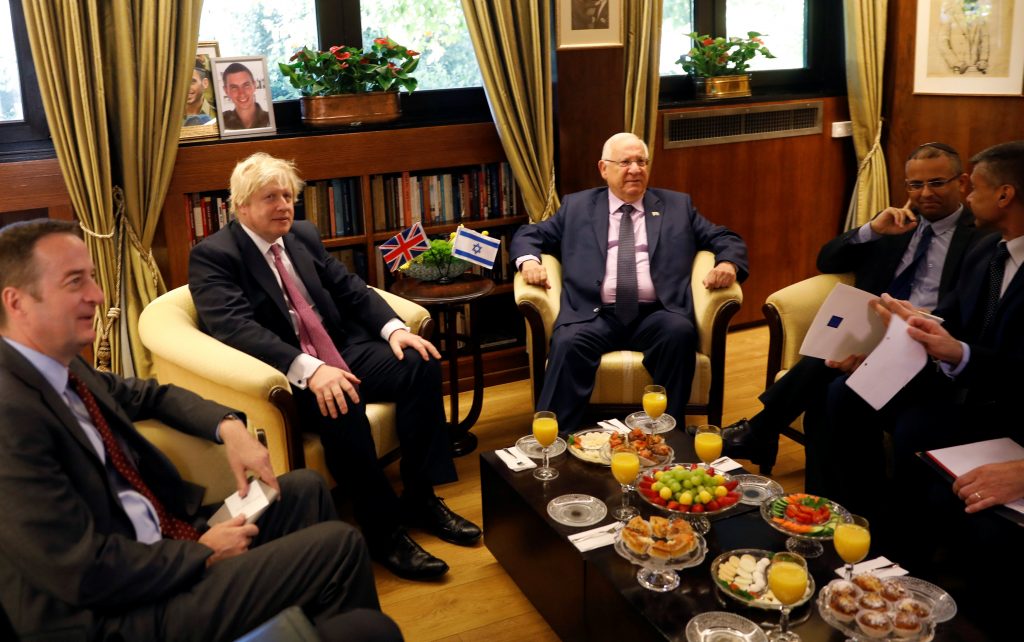 Israeli President Reuven Rivlin extended an invitation to the British royal family to visit Israel during a meeting with Foreign Secretary Boris Johnson in Yerushalayim on Wednesday.

Mr. Rivlin said, “It is a pleasure to welcome you back to Israel, this time as Foreign Secretary” and added, “This is a very important year in the history of the relations between Israel and the United Kingdom. We will mark 100 years since the Balfour Declaration and I am greatly honored to extend an official invitation to the Royal family to visit Israel to mark this event.”

Mr. Johnson made no comment on the invitation, saying only that “this is indeed an important moment and we are looking forward to the commemorations.”

He added, “We see our historic role in Israel and in the region, and we want to bolster and build our bilateral relations. The future is cooperation.”

No member of the royal family has ever made an official visit to the state of Israel, though there have been low-profile private visits.

In recent months, U.K. Jewish leaders have reportedly been lobbying the British Foreign Office to arrange to break the diplomatic ice, but no announcement to that effect has been forthcoming.