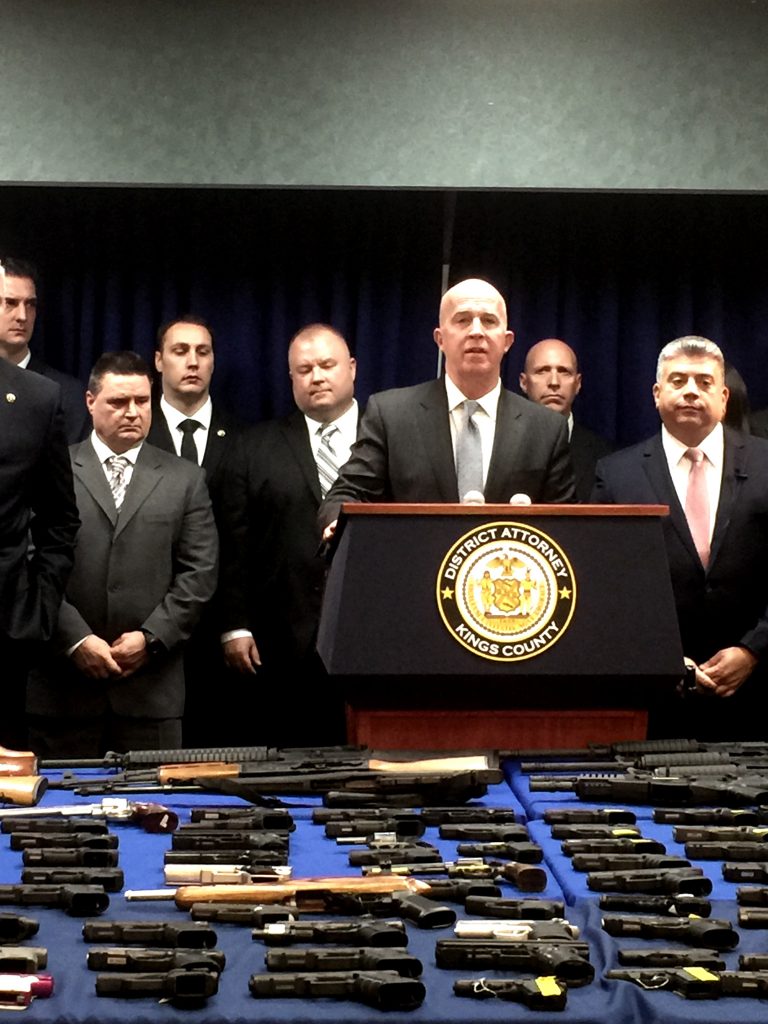 Traffickers were caught on wiretaps bragging about their ability to buy guns for resale, authorities said. They used code words like “chopper” and “joint” to peddle the weapons, investigators said. Ammunition was “food.”

“There’s no limit to how many guns I can go buy from the store,” suspect Antwan Walker is heard saying on a police wiretap. “I can go get 20 guns from the store tomorrow. I can do that Monday through Friday. … They might start looking at me, but in Virginia, our laws are so little, I can give guns away.”

Acting Brooklyn District Attorney Eric Gonzalez said 24 people were arrested, mostly in Virginia. One person was from Brooklyn, and one from Washington, D.C. They are charged in an indictment alleging a conspiracy to bring up to a dozen guns illegally into New York City at a time.

Walker, 21, and others were being held in Virginia awaiting extradition to New York and it wasn’t clear if he had an attorney who could comment on the charges. Police and prosecutors say they arrested ring leaders, plus straw purchasers who bought guns to give them to other defendants for resale.

Most illegal guns in the nation’s largest city come via southern states with laws that are less restrictive than New York’s. Gonzalez said that must be changed.

“I find this case truly, truly infuriating,” he said. “As so long as anybody continues to peddle death in our borough we will continue this hard work … including beyond state lines.”

Prosecutors said the guns were bought in many different Brooklyn neighborhoods and were sold for up to $1,200 for a handgun and up to $2,200 for an assault weapon. Prosecutors said it was the largest number of guns purchased in one operation in Brooklyn.

“Over and over, New York City finds itself the final destination for illegal firearms,” he said.