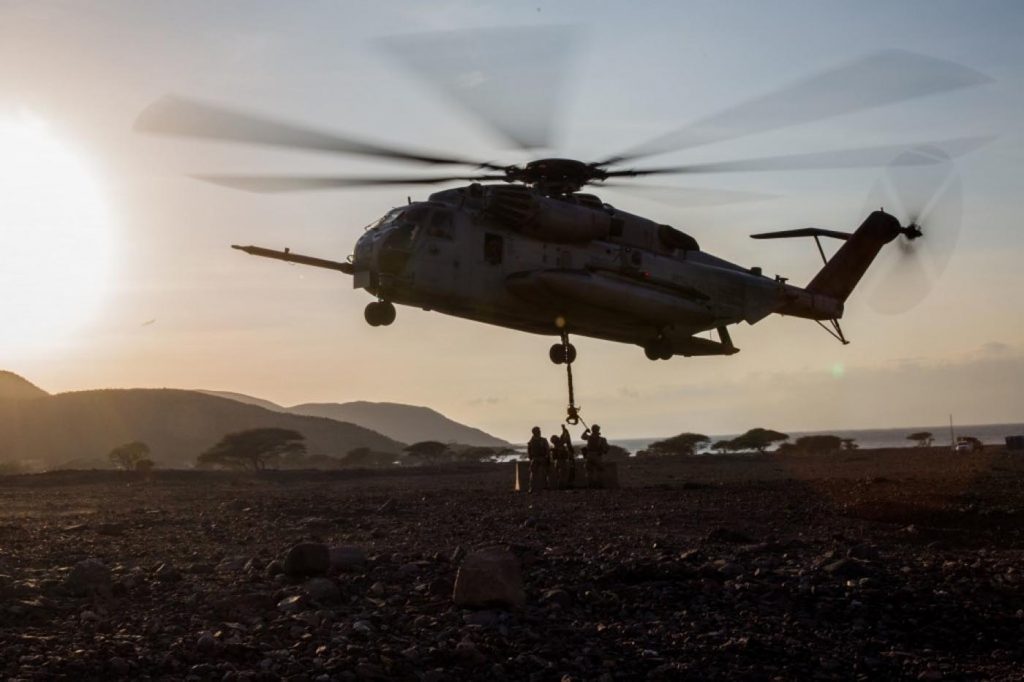 Marines from an amphibious task force have left their ships in the Middle East and deployed to Syria, establishing an outpost from which they can fire artillery guns in support of the fight to take back the city of Raqqa from the Islamic State terrorists, defense officials said.

The deployment marks another escalation in the U.S. war in Syria, and puts conventional U.S. troops in the battle there. Several hundred Special Operations troops have advised local forces there for months, but the Pentagon has shied away from using conventional forces in Syria.

The force is part of the 11th Marine Expeditionary Unit, which left San Diego on Navy ships in October. The Marines on the ground include part of an artillery battery that can fire powerful 155-millimeter shells from M777 Howitzers, two officials said, speaking on the condition of anonymity because of the sensitivity of the deployment. The expeditionary unit’s ground force, Battalion Landing Team 1st Battalion, 4th Marines, will man the guns and deliver fire support for U.S.-backed local forces who are preparing an assault on the city. Additional infantrymen from the unit are likely to provide security.

The new mission was disclosed after members of the Army’s elite 75th Ranger Regiment appeared in the Syrian city of Manbij over the weekend in Strykers, heavily armed, eight-wheel armored vehicles. Defense officials said they are there to discourage Syrian or Turkish troops from taking any moves that could shift the focus away from an assault on Islamic State terrorists.

The Marine mission has similarities to an operation the Marine Corps undertook about a year ago when the U.S. military was preparing to support an assault on the Iraqi city of Mosul. In that case, a force from the 26th Marine Expeditionary Unit, of Camp Lejeune, North Carolina, established a fire base south of the city in support of Iraqi and Kurdish troops who were then carrying out operations to isolate Mosul from Islamic State-held territory around it.

The existence of the outpost near Mosul, originally named Fire Base Bell, became public after it was attacked by rockets March 19, 2016, killing Staff Sgt. Louis Cardin and wounding at least four other Marines. Defense officials said at the time that they had not disclosed the deployment of Marines there because the base was not fully operational, although photographs released by the Defense Department shortly afterward show Marines launching artillery rounds a day before Sgt. Cardin’s death.

For the base in Syria to be useful, it must be within about 20 miles of the operations U.S.-backed forces are carrying out. That is the estimated maximum range on many rounds fired from the M777 howitzer. GPS-guided Excalibur rounds, which the Marines also used after establishing Fire Base Bell, can travel closer to 30 miles. Fire support for the Mosul operation has since been turned over to the Army.

The deployment comes as the senior U.S. officials consider ways to accelerate the campaign against the Islamic State. Defense Secretary Jim Mattis recently delivered to the White House a plan requested by President Donald Trump.