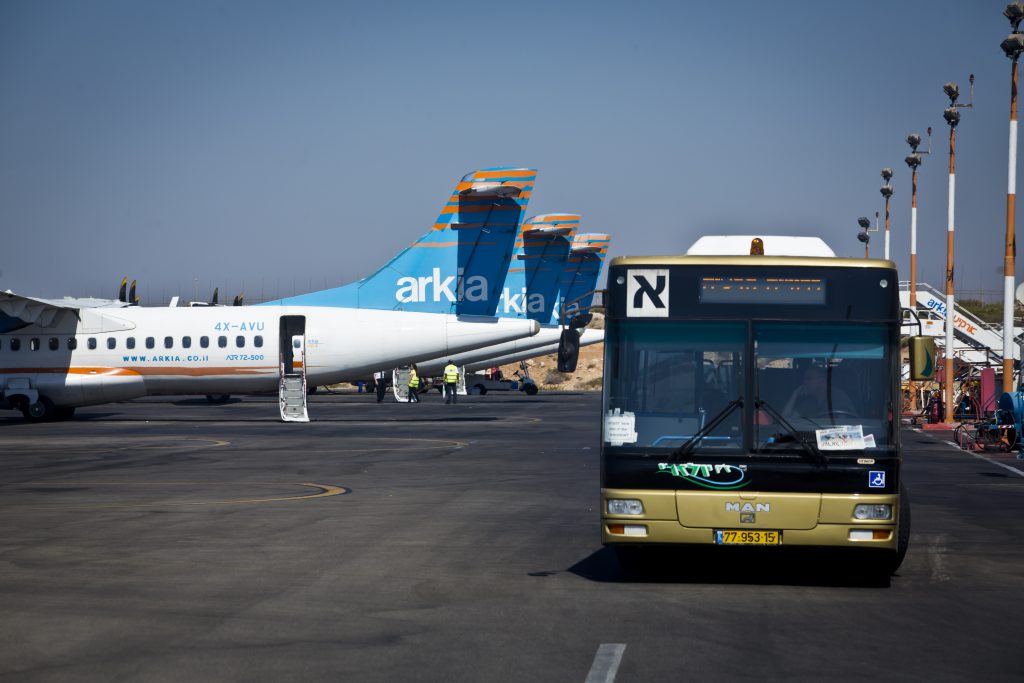 A bill to postpone the closure of Sde Dov Airport in Tel Aviv passed a preliminary reading in the Knesset on Wednesday without opposition, despite a High Court ruling to the contrary.

Some 70 Knesset members signed the bill which calls for keeping open the civilian portion of the airport at least until the end of 2018, when the military side is scheduled for closure.

Earlier in the day, the Israeli High Court considered a petition from the state to postpone evacuation of the airport, but initially made no ruling, thereby leaving in place the existing April 30 deadline. Sometime later, however, the judges reconvened to announce that they had decided to reject the state’s petition and reaffirmed the April 30 deadline.

State attorneys sought to persuade the court to move back the deadline for closing the civilian aviation at the site, under a plan that would transfer civilian operations to the military side, along with construction of a temporary terminal.

The judges also heard the argument of the real estate developers who own a large percentage of the land on which the airport stands — that the state has already signed a contract with them for evacuation of the site and that any further delay would constitute a violation of the contract.

The Israel Land Authority (ILA), the Tel Aviv municipality and the Hagush Hagadol companies have proposed building 16,000 housing units on the site, 60 percent of which is owned by the ILA and 40 percent by private owners.

MK Shmuli said in a debate before the vote: “We are serious in our intentions and have no intention to sign a death sentence to the city of Eilat.”

The Eilat municipality and Arkia Airlines have lobbied intensively to keep Sde Dov open, since almost all departures from there go to Eilat. Closure of the airport at this juncture would have serious economic consequences for the city, they say.