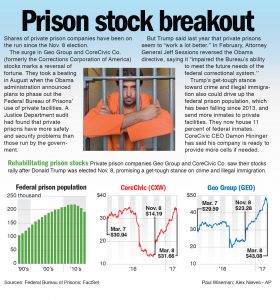 WASHINGTON (AP) – America’s work force will only grow over the next two decades if new immigrants arrive to replace retiring Baby Boomers, a report from the Pew Research Center finds. In a report out Wednesday, Pew projects that the U.S. working-age (25-64) population will grow from 173 million in 2015 to 183 million in 2035. But new immigrants will account for all the growth. Without them, the number of working-age Americans would drop to 166 million by 2035.

Businesses Get Pushed Out as Industrial Districts Rebuild

DES MOINES, Iowa (AP) – Manufacturing businesses across the country are getting pushed out of neighborhoods where they’ve operated for decades. It’s happening as cities remake gritty industrial districts into trendy hotspots. The transformations bring glassy apartment buildings, coffee shops and microbreweries and are a point of pride for many communities. But the process is difficult for factory and warehouse owners. After operating successfully for decades, many now feel shunned by new, more polished neighbors.

SHANGHAI (AP) – China has granted preliminary approval for 38 new Trump trademarks, paving the way for President Donald Trump’s family to potentially develop a host of branded businesses in the country. Mr. Trump’s lawyers in China applied for the marks in April 2016 as he railed against China at campaign rallies, accusing it of currency manipulation and stealing U.S. jobs. They cover everything from hotels and golf clubs to bodyguard and concierge services.