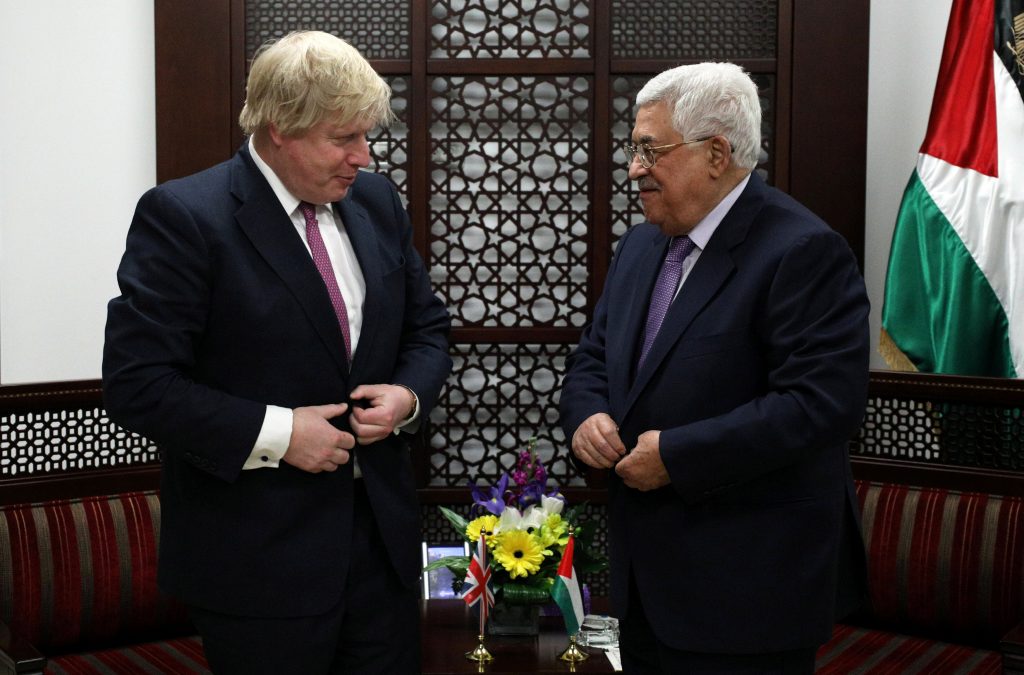 Britain’s Foreign Minister Boris Johnson said on Wednesday that his country remains “absolutely” committed to a two-state solution to the Israeli-Palestinian conflict and that obstacles to a deal, including accelerated Israeli building, must be removed.

Mr. Johnson said he believes it’s still possible to set up a state of Palestine alongside Israel and that the leadership change in Washington might offer an opportunity.

“There is a willingness to look at things with fresh eyes,” Mr. Johnson said after meeting with Palestinian Foreign Minister Riad Malki in the city of Ramallah, the base of the Palestinian autonomy government.

President Donald Trump, in a break from his predecessors, has given mixed signals about whether the United States still supports a two-state solution.

His election has emboldened Israelis who oppose the establishment of a Palestinian state, while Israeli Prime Minister Binyamin Netanyahu recently stopped short of endorsing the idea.

Standing next to Mr. Malki on a podium, near a “State of Palestine” seal, Mr. Johnson declared that “the policy of our government in the U.K. is absolutely unchanged, we remain committed to a two-state solution, to that vision for the resolution of this conflict.”

“I really think it is possible,” Mr. Johnson said. “We must not abandon that prospect.”

In November 2015, while mayor of London, Mr. Johnson had led a trade mission to the region, but the Palestinian segment unraveled after he criticized the BDS movement of boycott, divestment and sanctions against Israel. Two of his meetings, with Palestinian youth and business leaders, were called off at the time in protest over what was perceived as a pro-Israel stance.