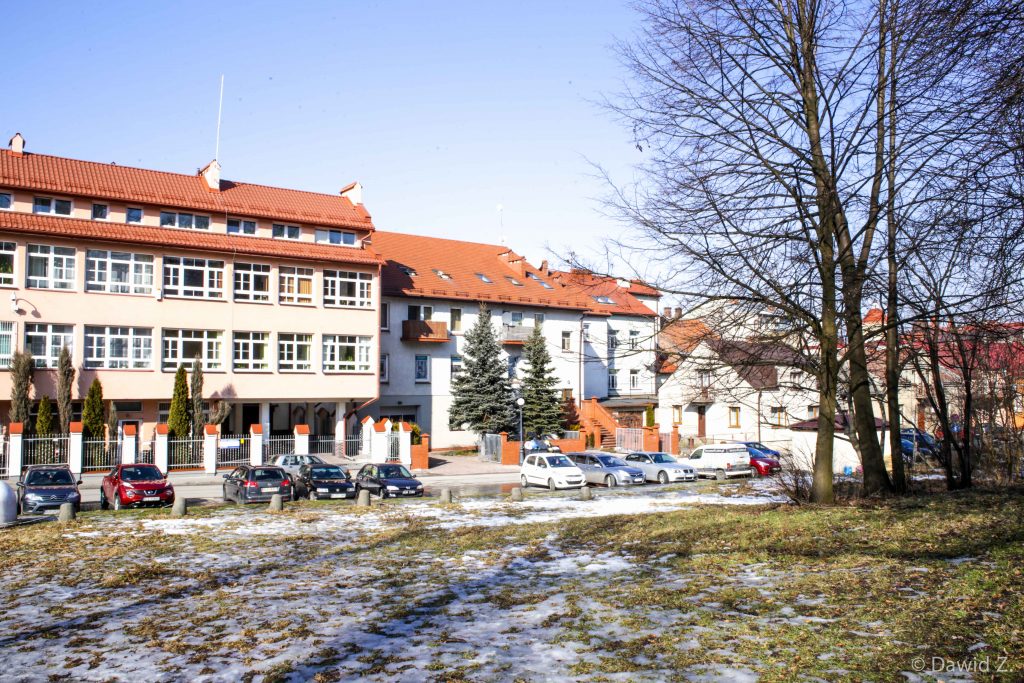 Last week, a historic transaction of ownership took place. The beis medrash that had served the Noam Elimelech and his successors, the Rebbes of Lizhensk, was bought by a grandson of the last Lizhensker Rebbe, Rav Elchonon of Lizhensk, and will soon become the spiritual nerve center of the city of Lizhensk.

Everyone is familiar with the great Rebbe, Harav Elimelech of Lizhensk, zy”a, author of the Noam Elimelech whose yahrtzeit will be marked next week on 21 Adar. In prewar Poland when tens of thousands would converge on the tziyun on 21 Adar, it was in the beis medrash “Noam Elimelech,” the Lizhensker beis medrash that they davened, that they were treated to hachnasas orchim and it was the Lizhensker Rebbe, Rav Elchonon who reached out to all with his profound ahavas Yisrael.

The Lizhensker Rebbe, Rav Elchonon Weisblum, was a ben achar ben of the famed Noam Elimelech. In the years immediately preceding the war, the Rebbe’s son-in-law, Harav Avrohom Yehoshua Heschel Rokeach, led the beis medrash in Lizhensk. After the war, Rav Avrohom Yehoshua Heschel Rokeach, who had miraculously survived the Holocaust, opened the Lizhensker beis medrash in Brooklyn.

His grandson, Harav Daniel Rokeach, the Lizhensker Rebbe, shlita, saw a need to once again open a chassidic center in Lizhensk adjacent to the tziyun in order to provide a full service beis medrash and state-of-the-art hachnasas orchim for the tens of thousands of Yidden who visit the tziyun on 21 Adar and throughout the year, thereby meeting their every spiritual and material need.

After much shtadlanus, the current Lizhensker Rebbe, Rav Daniel Rokeach, at last succeeded in his quest. The purchase was finalized just two weeks ago on 24 Shevat, the yahrtzeit of Rav Rokeach’s grandfather, Harav Elchonon Weisblum. The building itself is well-known to those who have visited Lizhensk to daven at the Noam Elimelech’s tziyun.

For 20 years, Yidden have been renting that building from the owner on 21 Adar and large seudos to commemorate the yahrtzeit have been held there. What they didn’t know, however, was that the very building that they were occupying had actually been the beis medrash in which the Noam Elimelech and the subsequent Lizhensker Rebbes led their Chassidim.

The Rebbe plans to build a large, spacious beis medrash and hachnasas orchim center and a beautiful mikveh. In honor of the historic acquisition of the beis medrash, next week, on 21 Adar, the present Lizhensker Rebbe, will preside over a siyum kesivas osiyos for a new sefer Torah that will be housed in the newly renovated beis medrash.

The Rebbe will be leading a large and beautiful Shabbos Hisva’adus, on Shabbos Parashas Ki Sisa at a beautiful world-class hotel in nearby Rzeszow (Reisha). On Motzoei Shabbos the entire group, led by the Rebbe, will travel to Lizhensk in honor of the yahrtzeit and to celebrate the purchase of the new building. The kesivas ha’osiyos and seudas mitzvah in honor of the yahrtzeit will be held at the newly acquired beis medrash.

It is no secret that davening at the tziyun of the Noam Elimelech and assisting his descendants in their avodas hakodesh is a tremendous zechus and many have seen remarkable yeshuos as a result.