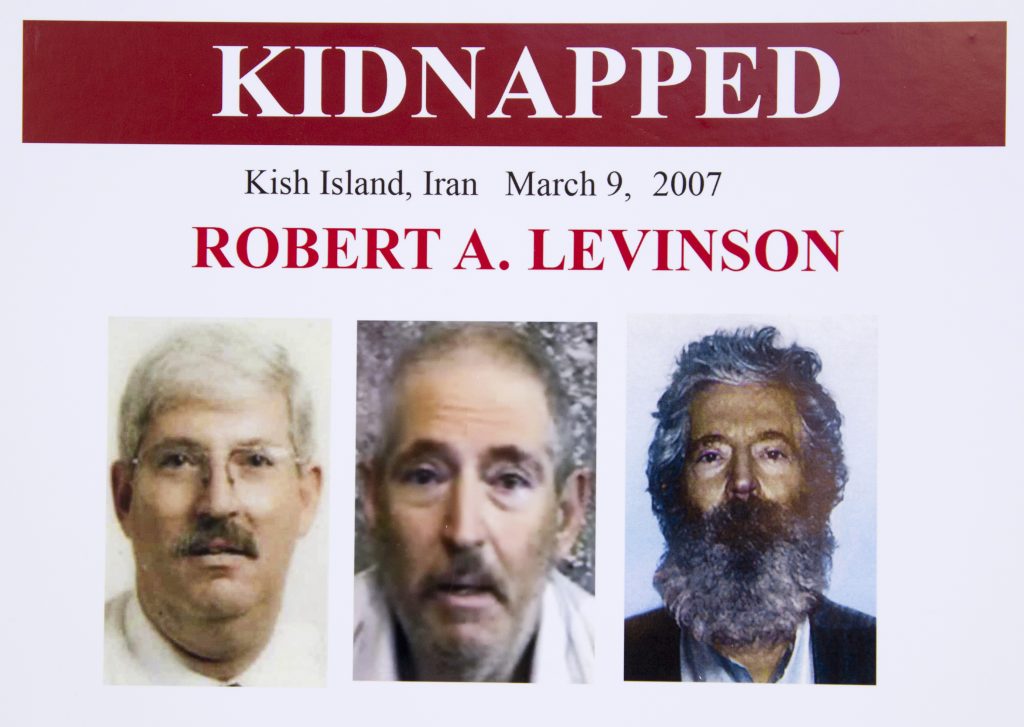 Ten years after a former FBI agent working on an unauthorized CIA mission disappeared in Iran, his family hopes President Donald Trump will do something America’s last two presidents have been unable to achieve: Finally bring him home.

Robert Levinson’s family told The Associated Press this week that Trump’s background as a deal-making businessman and his harder line on Iran could be an asset in finally determining what happened to the investigator, whose 69th birthday is Friday.

They described the heartbreak of seeing other American prisoners in Iran freed while the mystery surrounding his disappearance remains. They also acknowledged the challenge of keeping his case in the public eye, as he now has been held captive longer than any American in history, if he remains alive.

“We believe people can survive 10 years under any circumstances. In the worst places, people survive. We know Bob is alive,” his wife, Christine Levinson, told the AP. “Everyone else has gotten out of Iran, but Bob has been left behind every single time. It’s now time for him to be returned home to his family.”

Levinson disappeared from Iran’s Kish Island on March 9, 2007. For years, U.S. officials would only say that Levinson, a meticulous FBI investigator credited with busting Russian and Italian mobsters, was working for a private firm on his trip.

In December 2013, the AP revealed Levinson in fact had been on a mission for CIA analysts who had no authority to run spy operations. Levinson’s family had received a $2.5 million annuity from the CIA in order to stop a lawsuit revealing details of his work, while the agency forced out three veteran analysts and disciplined seven others.

Since his disappearance, the only photos and video of Levinson emerged in 2010 and 2011. He appeared gaunt and bearded with long hair, and was wearing an orange jumpsuit similar to those worn by detainees at the U.S. prison at Guantanamo Bay.

The video, with a Pashtun wedding song popular in Afghanistan playing in the background, showed Levinson complaining of poor health. Levinson’s family believes his diabetes and high blood pressure could be under control with his weight loss.

“I’m not as worried about his health,” his son, Dan Levinson, said. “I understand people thinking it being over 10 years and fearing the worst, but we don’t believe that.”

The FBI now offers a $5 million reward for information leading to Levinson’s safe recovery and return.

Rumors have circulated for years, with one account claiming he was locked up in a Tehran prison run by Iran’s paramilitary Revolution Guard and U.S. officials suggesting he may not be in Iran at all. Dawud Salahuddin, an American fugitive living in Iran who is wanted for the assassination of a former Iranian diplomat in Maryland in 1980, is the last known person to have seen Levinson before his disappearance.

Iranian officials have been less than forthcoming. Former hard-line President Mahmoud Ahmadinejad suggested in an interview with the AP in 2010 that his country already had suspicions about Levinson before the nature of his trip became public knowledge.

“Of course if it becomes clear what his goal was, or if he was indeed on a mission, then perhaps specific assistance can be given,” Ahmadinejad said.

Levinson’s family said they’ve written letters to Iran’s Supreme Leader Ayatollah Ali Khamenei and moderate President Hassan Rouhani with no response. Iran’s mission to the United Nations did not respond to a request for comment about Levinson.

That lack of response, even with the U.N.’s Working Group on Arbitrary Detention issuing a report in January that held Iran responsible for addressing “the situation of Mr. Levinson without any further delay,” has the family believing President Trump’s harder line on Iran might finally force the country to release him.

“We know if President Trump chooses (to be involved), he’s a dealmaker. That’s what he does. It’s going to require negotiating with the Iranians to get him out of there,” Levinson’s son Dan said. “He’s very well-suited to be able to do this. We’re hopeful for that.”

White House press secretary Sean Spicer told reporters on Monday that the Trump administration was in contact with Levinson’s family and said “we continue to hold out hope” that he could be safely returned from Iran.

Another White House official, who spoke on condition of anonymity because of the sensitivity of the case, said administration officials recently held a call with members of the Levinson family, who were assured that the case is a priority for the Trump administration. The Levinsons hope to meet personally with Trump in the coming months.