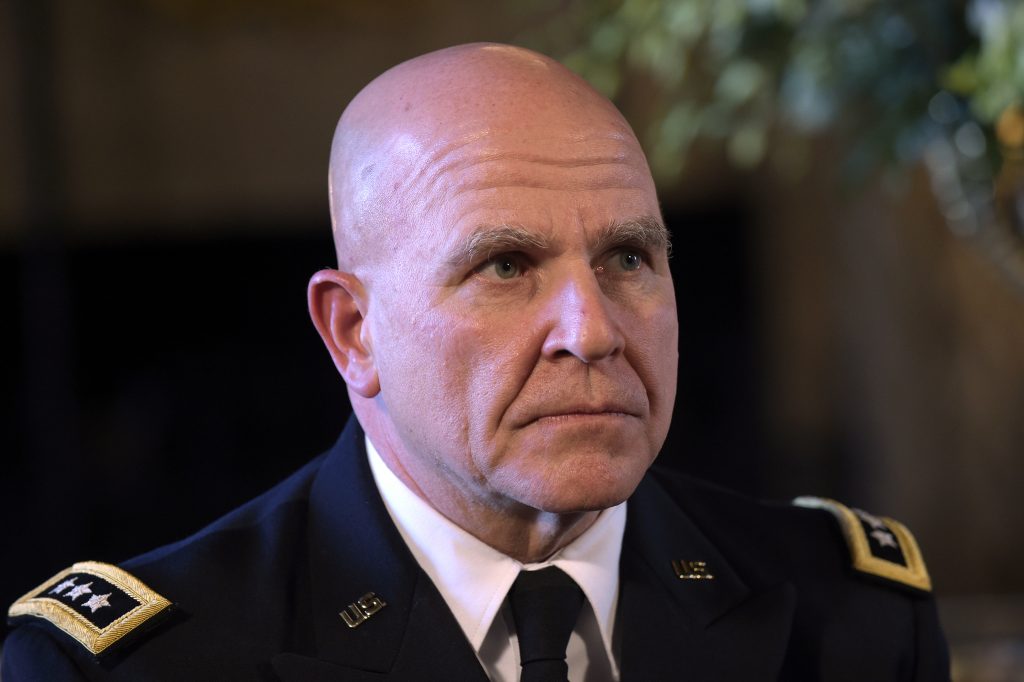 The senior Army officer tapped by President Donald Trump to be his national security adviser faces questions from senators during a rare closed-door meeting amid intense scrutiny of the White House for alleged Trump campaign contacts with Russian officials.

Lt. Gen. H.R. McMaster’s appearance before the Armed Services Committee, slated for Tuesday, is unusual because national security advisers aren’t subject to Senate confirmation and typically don’t testify on Capitol Hill. But McMaster’s situation is different. He elected to stay on active duty rather than retire from the military and generals of his grade need the chamber’s approval when they’re promoted or get new assignments.

Sen. John McCain of Arizona, the committee’s Republican chairman, said members will vote at the end of session on whether to recommend to the full Senate that McMaster retain his three-star rank.

McCain said Democrats on the committee and even a few Republican members wanted McMaster to appear before the panel. But McCain, who called McMaster an outstanding choice, sought to cast the session as more collegial than a normal committee hearing.

“It’s not like testimony,” McCain said. “It’s more of a meeting than a hearing.”

Independent-minded and outspoken, McMaster is highly regarded by Democrats and Republicans. Yet he’ll meet with the committee at an especially sensitive time for the embattled Trump White House. The House and Senate intelligence committees, and separately the FBI, are investigating contacts between President Trump’s campaign and Russian officials, as well as allegations that Moscow meddled in the 2016 election.

Over the weekend, President Trump ignited a firestorm by alleging, without evidence, that former President Barack Obama tapped the Trump campaign’s telephones during the presidential election campaign. The president and his aides want Congress to expand the scope of their Russia inquiries to include Obama’s potential abuse of his executive powers. Obama has denied President Trump’s allegation.

President Trump selected McMaster last month after he fired the general’s predecessor, Michael Flynn, for misleading Vice President Mike Pence about whether he and Moscow’s top diplomat in Washington had discussed U.S. sanctions against Russia in a telephone call.

In the wake of Flynn’s departure, McMaster may be asked by senators about the inner workings of the National Security Council staff, which he will oversee. Sean Spicer, the White House press secretary, said President Trump promised McMaster “100 percent control.” That pledge could lead to tension with Stephen Bannon, the president’s chief strategist, who operates a shadowy “strategic initiatives group” that runs parallel to the NSC.

Bannon also has a seat on the NSC’s principals committee in a restructuring that puts him on equal footing with Trump Cabinet members such as Defense Secretary Jim Mattis and Secretary of State Rex Tillerson. The shift also downgraded the role of Marine Corps Gen. Joseph Dunford, chairman of the Joint Chiefs of Staff, according to Sen. Jack Reed of Rhode Island, the top Democrat on the Armed Services Committee.

“It’s not just Bannon’s presence,” said Reed, who’s referred to President Trump’s strategist as a political operative. “I think there will be a whole range of questions.”

McMaster is the first active-duty officer to serve as national security adviser since Colin Powell, then a three-star Army general, assumed the job during President Ronald Reagan’s final two years in office.

The Armed Services Committee did not insist that Powell appear before the panel, but members openly discussed the pros and cons of naming an active-duty officer to serve in the job, according to the record of a Dec. 15, 1987 meeting.

Former Sen. Sam Nunn, the Georgia Democrat who chaired the committee, backed Powell but cautioned that installing a general or admiral in the post could lead to an “inherent conflict.” The officer reports directly to the president, Nunn said, but is dependent upon one single, powerful federal agency — the Defense Department — for his pay and professional future.

But McCain, then a member of the Armed Services Committee, noted that the Constitution allows the president to appoint “whomsoever he wishes from whatever walk of life.”