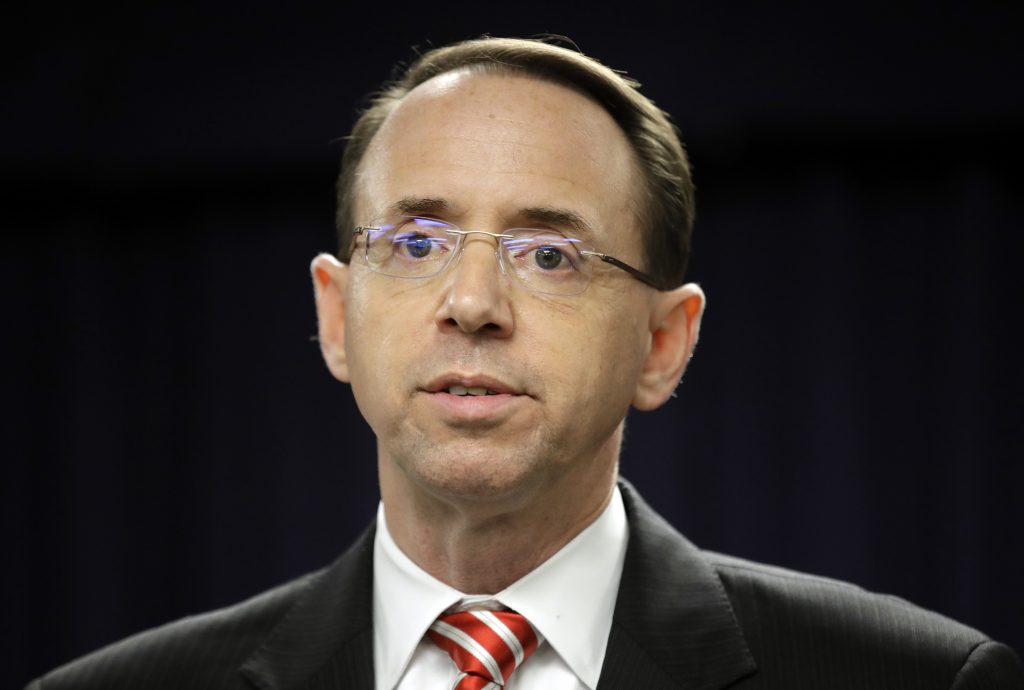 The prosecutor tapped to fill the No. 2 position at the U.S. Justice Department declined on Tuesday to commit to appointing a special counsel to oversee an investigation into Russian meddling in the 2016 presidential election.

If confirmed, Rod Rosenstein, nominated by Republican President Donald Trump to be deputy attorney general, would take control of the Russia investigation because Attorney General Jeff Sessions has recused himself from the case.

At his Senate Judiciary Committee confirmation hearing, Democrats pushed for Rosenstein to commit to assigning a special prosecutor to investigate, saying only a special counsel free from administration pressure could ensure acceptable results.

Mr. Rosenstein said since he was not yet in the role, he had not seen the evidence and had no basis to decide whether an independent counsel would be appropriate.

But he did signal skepticism toward the idea. Mr. Rosenstein noted that former Attorney General Loretta Lynch had not appointed a special prosecutor when the allegations first came to light, instead relying on career prosecutors to handle the case. “She had the information and I don’t and she rejected the request,” Mr. Rosenstein said.

Republicans argued that it was too soon to know whether a special counsel was appropriate in the Russia case, which involves allegations that members of the Trump campaign had contacts with Russian officials during the run-up to the 2016 election.

Mr. Sessions said last week he will stay out of any “matters that deal with the Trump campaign.” He recused himself after admitting he met twice with Russian Ambassador Sergei Kislyak during the presidential campaign, despite previously testifying to the Senate that he had no contact with Russian officials.

Mr. Sessions said the deputy attorney general would be responsible for the Russia-related investigations.

U.S. intelligence agencies concluded last year that Russia hacked and leaked Democratic emails during the election campaign as part of an effort to tilt the vote in Mr. Trump’s favor. The Kremlin has denied the allegations.

Mr. Rosenstein has experience working for a special counsel on investigations involving the presidency. In the mid-1990s, he was part of independent counsel Kenneth W. Starr’s team of prosecutors who investigated Bill and Hillary Clinton.

The 26-year Justice Department veteran is seen by many current and former department officials as a politically neutral pick. “Political affiliations are irrelevant to my work,” Mr. Rosenstein said during his testimony Tuesday.

“Mr. Rosenstein should commit to naming a special prosecutor to look into the Trump campaign’s ties to Russia,” said Democratic Senator Chuck Schumer in a statement.