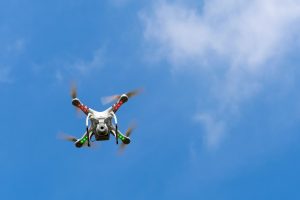 Fire officials in New York City say a drone was used for the first time to help put out an apartment fire.

Officials say the fire broke out around 6:20 p.m. Monday in the Bronx. Authorities say they used the $85,000 drone, which is equipped with high definition and infrared cameras, to determine the condition of the building’s roof as they contained the blaze.

An investigation into the cause of the fire is ongoing.