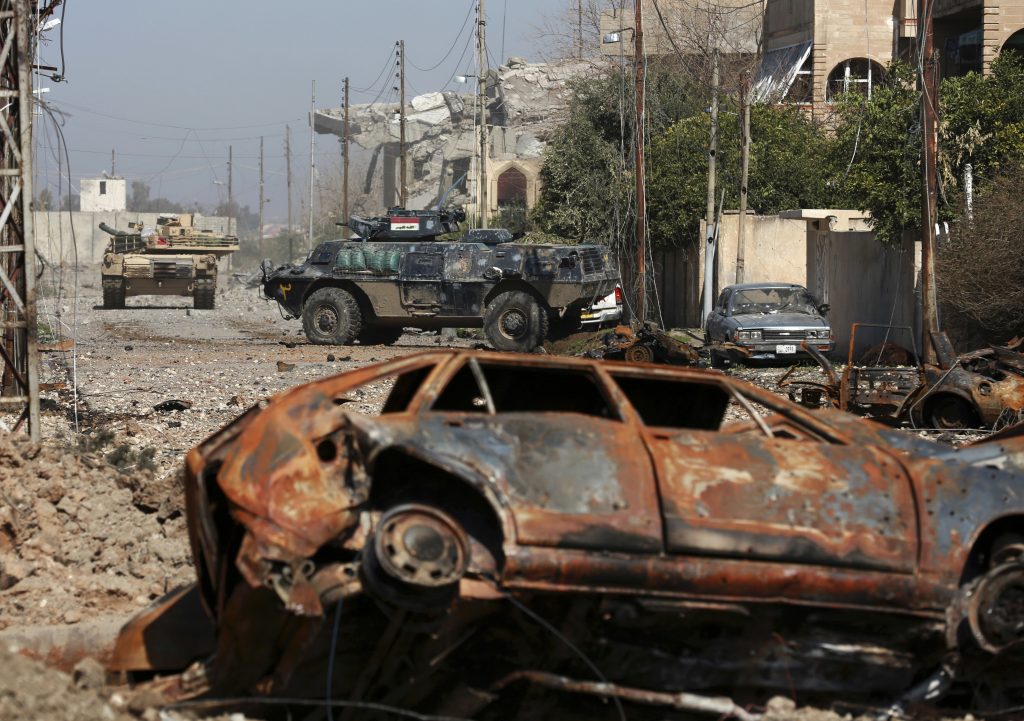 A U.S. general from the international coalition fighting in Iraq says that Islamic State forces defending western Mosul are disorganized and some foreign fighters are trying to leave the city. Government forces nonetheless face a “very hard fight” in the battle for the city but they will prevail, U.S. Air Force Brig. Gen. Matthew Isler said.

Iraqi forces recaptured the eastern half of Mosul in January after 100 days of fighting, and launched an attack on districts lying west of the Tigris river on Feb. 19.

“We do see an intent for them to leave the city. I think that many of them are going to try to find a way out.”

Though vastly outnumbered, the terrorists are putting up fierce resistance to hold on to their last major stronghold.

“At the tactical level it is a very hard fight,” said Isler, deputy commander for the coalition’s air forces.

But, he said: “They’re not well-organized [or] well-integrated and as a result of that, Iraqi security forces are able to make significant progress each day.”

Many of Islamic State’s operational leaders were killed before Iraqi forces began attacking the west, Isler said. There was little doubt that Iraqi security forces would eventually prevail against Islamic State.

“The game is up,” Isler said. “They have lost this fight and what you’re seeing is a delaying action.”

Although Iraqi forces have effectively isolated Mosul by cutting the city off from the rest of the IS self-proclaimed caliphate in Syria, Isler said the terrorists were still able to travel to the town of Tel Afar to the west.

Coalition airstrikes in the run-up to the start of the attack on the west had made a significant impact on the course of the battle, Isler said. Many of Islamic State’s operational leaders were killed before Iraqi forces began attacking the west.

Although Islamic State car bombs still pose a major threat, Isler said fewer than one in 10 now reached their target. Isler was speaking at the Qayyarah West Airfield, also known as “Q-West,” which Islamic State overran in the summer of 2014 after taking Mosul.

Coalition advisers have become more visible near the front lines since December, when Iraqi forces entered an “operational refit” after progress in the east slowed. Before that, coalition advisers were working with Iraqi forces at the division level, whereas now they are embedded at the brigade level making tactical decisions, Isler said.

“Forty miles north, you are witnessing the defeat of Daesh,” said Isler, standing on a runway to which Islamic State militants took a jackhammer before being driven out by Iraqi forces last year.

The repaired main runway is now used by the coalition to resupply its troops in the field and by the Iraqi air force, which is flying no fewer than 50 sorties per day. On one of the blast walls enclosing the airfield, the words “The State of the Caliphate will remain” are still visible despite being crossed out. More recent graffiti daubed by the base’s American residents reads: “Make Mosul Great Again.”