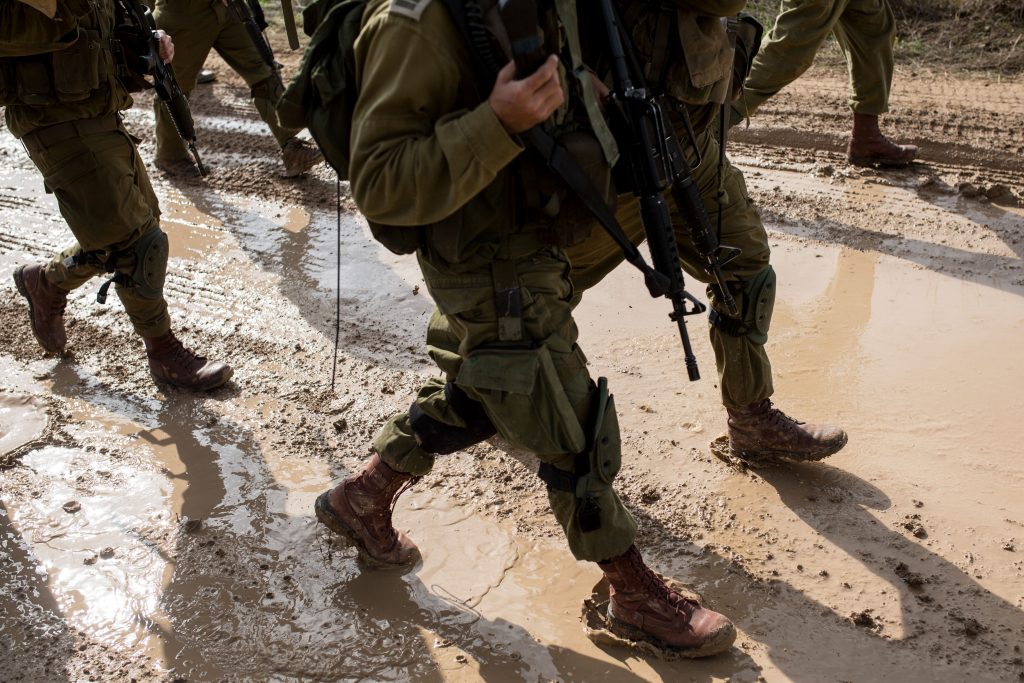 The IDF is investing in a new, personalized equipment program for recruits, a kit that will meet all their needs and make outside purchases of army supplies obsolete.

Starting several months ago, the Israeli army began to provide recruits with personal equipment sets. Approximately 5,000 have been distributed so far. In the past, soldiers’ families would often purchase equipment for their sons privately, since the army issue does not adequately meet their needs.

The kits contain such items as a Marom Dolphin vest, kneepads, gloves, helmets, goggles, headlamps and emergency medical equipment. As of August, combat soldiers will receive money to buy personal items, like socks, athletic shoes and undershirts, and will not be restricted as to the brands they can purchase, also a departure from previous policy.

The soldiers will be expected to keep the kits with them through their army service, rather than turning them in when transferring to a different unit. The hope is that, knowing they have their own personal kits, the soldiers will take better care of the equipment and it will last longer.

“It is equipment that we could only have dreamed of,” an IDF official said. “The army will now look different and be better prepared for the next war.”

In the coming year, the IDF plans to spend 200 million shekels on the new equipment program.

“Soldiers up until now have felt bitter about not getting the best equipment, and some even visited shops and stores to get properly equipped. This program gives us a solution to this problem, though we will know if the project will be successful in solving it only in about two years, after it gets on the right track,” the official said.