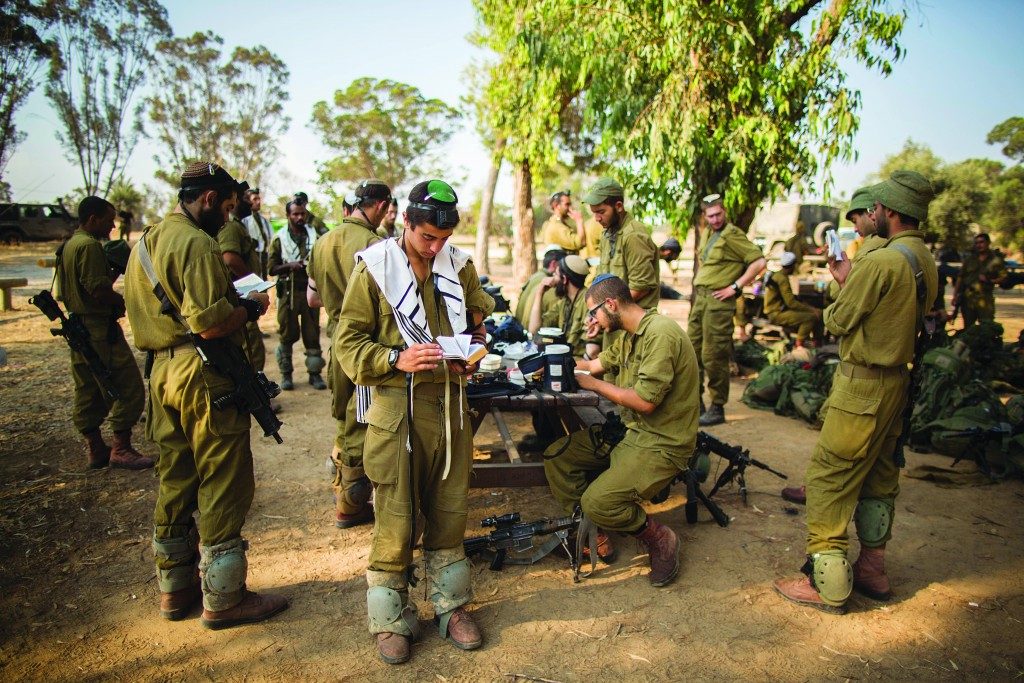 Introspection is a good thing, for countries as well as people. But when it comes to Israel’s habit of investigating itself after every military confrontation, and engaging in public self-flagellation, it’s possible to have too much of a good thing.

To be sure, IDF Operation Protective Edge, launched in the summer of 2014, raises some very difficult questions that require answers. Why did it take the Israeli army — with its state-of-the-art technologies, powerful weapons systems and vastly superior fighting forces — 52 days to defeat a terror group?

How did Hamas succeed in terrorizing hundreds of thousands of Jews throughout Israel, firing missiles that reached populated areas between Be’er Sheva and Tel Aviv and got close enough to Ben Gurion Airport to have it shut down?

And, most importantly, how could it kill 73 Israelis — including 68 soldiers — and wound 2,000, and be allowed to end the war it started still in possession of the bodies of two Israeli soldiers?

But investigations like those of the Winograd Commission that looked into the Second Lebanon War in 2006 and of State Comptroller Yosef Shapira, who released his report on the 2014 Gaza war last week, can do more harm than good.

For starters, the ministers who sit on the security cabinet — the exclusive group of government ministers that is entrusted with the most classified state secrets and that determines the strategic objectives of any military operation — are afraid to speak their minds. They know that transcripts of their meetings will someday be examined by a commission of inquiry looking for someone to blame for the operation’s failures. So they speak to the record, exercising extraordinary (and unhelpful) caution so that nothing they say can be held against them.

Second, the publication of the committee’s findings gives the enemy invaluable information. In addition, the fact that the IDF chief of staff is repeatedly quoted as discouraging the diplomatic echelons from ordering a major military offensive to dismantle Hamas, can’t help but embolden the terror organization for the next round of fighting.

The most effective deterrent for ruthless terror chiefs is the fear that they will be on the firing line if they start up with Israel, and that the IDF, located an hour or so away, can get to them in their subterranean hiding places and haul them away. Telling them that the army opposes any such moves, and the ministers don’t feel confident enough to overrule the generals, removes the most powerful weapon in the psychological warfare that plays a crucial role during times of battle.

Third, it is cruel to the families of those who fell in action to be told that political considerations featured in determining who sat in the security cabinet and sent their sons to war unprepared. Some members of the cabinet lacked experience or qualifications, but were chosen due to coalition considerations.

Moreover, the security cabinet was not given the information it needed to understand the extent of the tunnel threat. As a result, it failed to give clear directives to the army that would have enabled it to prepare better, to update intelligence information — in short, to do things that could have saved the lives of soldiers and led to a quicker, more efficient military option.

Does this mean that wars shouldn’t be investigated? That the army is doomed to repeat its mistakes from one operation to the next? No, not at all. It means that the investigation has to be conducted by the right elements and the findings have to be published in a way that doesn’t result in political gain for anyone, right or left.

The army, to its credit, investigates itself thoroughly. Its mistakes vis-à-vis the tunnel threat have been largely addressed through updated intelligence and a NIS 3 billion investment in a system for detecting tunnels under the Israel-Gaza border.

The government must do the same. If fear of leaks makes it impossible to share classified information with decision-makers, then figure out a way to control them. And if political considerations require the presence on the security cabinet of some who are not qualified, then expand the body to include those who are. It is crucial that decisions be made based on knowledge and by capable people.

There is one redeeming feature to the Shapira report shining a bright light on the failures of the government and the army in Operation Protective Edge. Exposure to the flawed thinking and decision-making leaves no doubt that the military operation and the more than two-and-a-half years of quiet that have followed are clearly the Hand of Hashem, for which we must express profound gratitude.