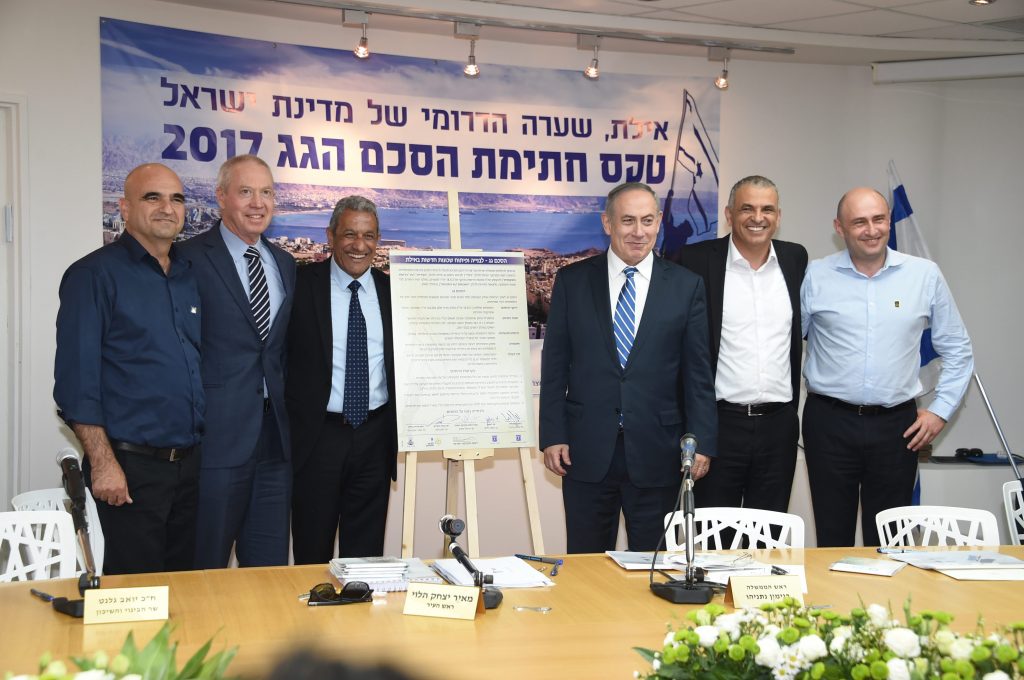 Prime Minister Binyamin Netanyahu promised during a visit to Eilat on Tuesday that the state will help to provide the means for the city to double its population in the coming years, from 60,000 to 120,000.

The agreement also sets an 850 million-shekel budgetary framework for transportation and other infrastructure, development of the coastal strip, an international sports center, municipal parks, and a waste treatment facility.

“This agreement will give Eilat an enormous boost, double its population, and enable it to develop and create new industrial zones,” Minister of Finance Moshe Kahlon said at the signing ceremony.

He also announced that “the first buyer fixed price lottery in Eilat will start at noon today [Tuesday]. Since Eilat is included in the top priority areas, the percentage of local residents in the lottery is 50 percent. Israel’s state-owned land is not a resource to be traded. Land is a resource that should reach young couples, so that they will be able to build a home on it.”