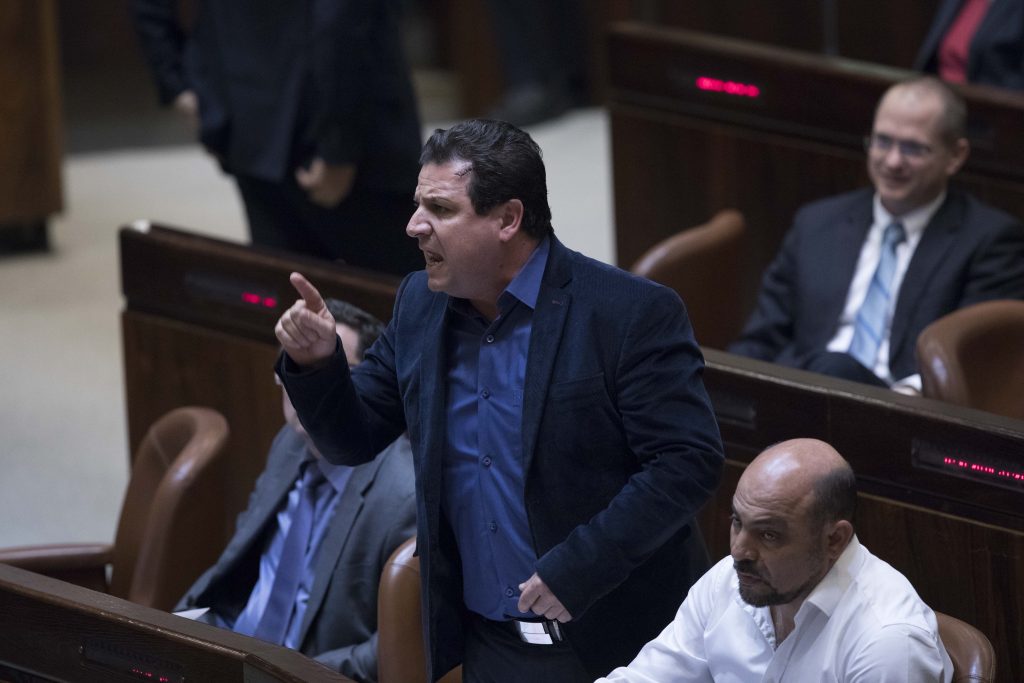 MK Ayman Odeh, leader of the Joint Arab List, is among the politicians who are preparing for the day after Israeli Prime Minister Binyamin Netanyahu leaves power.

To be ready for that time, Odeh has already launched his campaign, traveling from one Arab town to another to drum up support for the Joint Arab List, reported The Jerusalem Post on Tuesday.

He believes that his party will improve on its current 13 seats in the Knesset, capitalizing on lingering resentment toward Netanyahu for his election eve get-out-the-vote speech in which he told Likud voters that “droves of Arabs” were going to the polls.

This “incitement,” as Odeh terms it, will be cause of a much bigger Arab turnout next time.

In remarks made to the Foreign Press Association on Monday, Odeh argued that the Arab population of Israel is key to any future peace settlement with the Palestinians. He believes that it would not be possible for an Israeli leader to garner sufficient support for a two-state solution without the Arab Israelis behind it.

Regarding the controversial dissident activity of certain members of the Joint List, Odeh said he did not agree with everything his colleagues say or do. He disapproved of the conduct of MK Basel Ghattas, who has been charged with smuggling cellphones to Palestinian security prisoners, and would not endorse some of the things that have been said and done by MKs Jamal Zahalka or Haneen Zoabi, who among other things went as a passenger on the Mari Marava in the incident that ruptured Israeli-Turkish relations.

However, he is opposed to the party or any of its members being expelled from the Knesset. They were elected by the people “and they should decide whether or not we should stay in the Knesset,” he said.