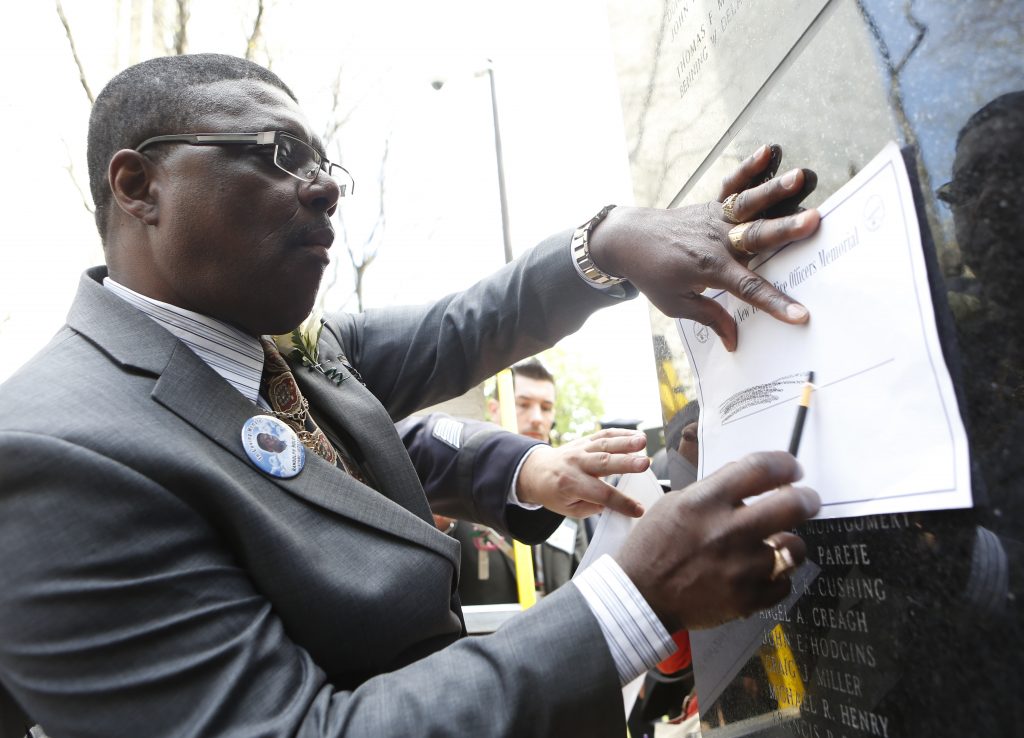 Howard was also found guilty Monday on robbery and other charges, and faces life in prison without parole. Howard was on a suspected stolen bicycle when he was confronted by Holder and his partner on a pedestrian overpass in East Harlem. The 32-year-old Howard jumped from the bike, pulled out a handgun loaded with extra ammunition and opened fire. Holder was struck in the head and died.

A Manhattan jury deliberated over four days before deciding Howard knew he was firing on a police officer.

He will be sentenced April 3.