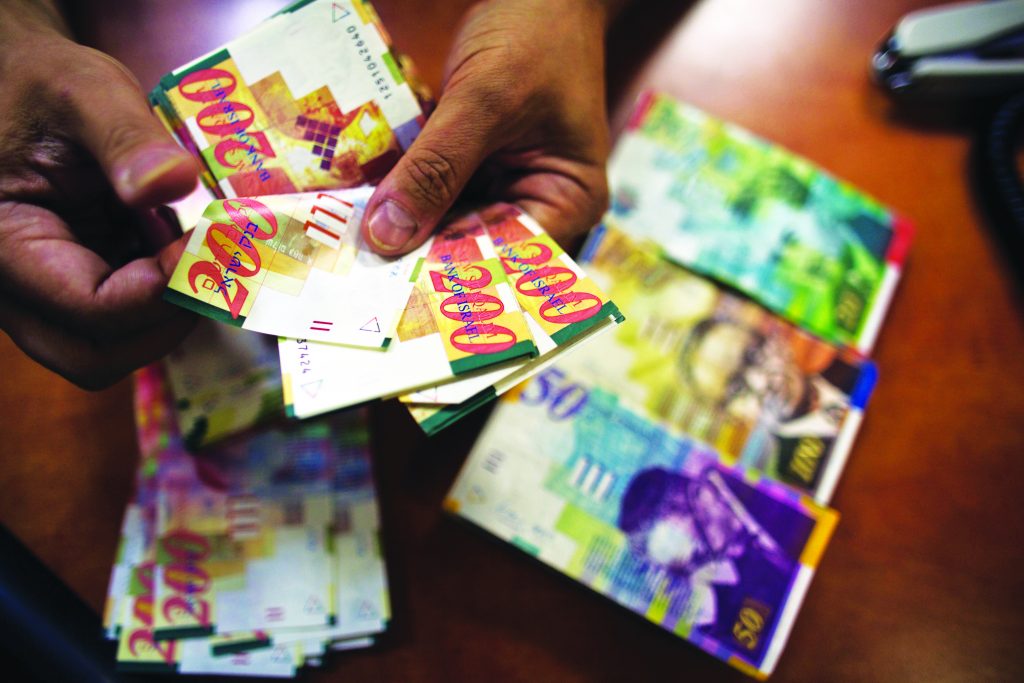 After a dramatic week that saw the dollar fall to its lowest trading level against the shekel in two years, and a massive purchase of dollars by the Bank of Israel to jump the value of the greenback, analysts say that the battle is likely to continue again this week. According to analysts at Leader Investments, the shekel is a “victim” of macro-economic trends in the Israeli economy and worldwide.

“The shekel has been under pressure to strengthen ever since the recent report that placed Israeli economic growth at 6.2 percent in the fourth quarter of 2016, and the report that exports jumped 11.2 percent.” If the reason the Bank intervenes to buy dollars and keep the shekel weaker is to aid exports, “that argument is less convincing now,” since exports are already strong, even with an “overvalued” shekel.

On Wednesday, the dollar sank to the NIS 3.64 level, its lowest in two years against the shekel, and the trend was for an even weaker performance that trading day – until the Bank of Israel intervened with a massive dollar purchase, aimed at boosting the dollar’s performance by making fewer of them available for those holding shekels. The gambit worked, and the dollar appreciated by some five agurot, rising back above the NIS 3.70 level, where it remained on Thursday and Friday. The dollar opens on Monday in a new week of foreign currency exchanges at NIS 3.695.

Especially notable, according to analysts, was the fact that on Wednesday, the dollar was actually appreciating against nearly all other currencies in the world – except for the shekel, which would have grown even stronger without the Bank’s intervention. That is an indication, the analysts said, that the shekel’s appreciation is structural, not “tactical,” and that increased dollar purchases by the Bank are likely only to have a temporary effect.

“The shekel is likely to continue appreciating in the coming months,” the analysts said. “It is hard to argue with the factors that are contributing to this, including a current account surplus of 3.9 percent in 2016, and an increase in real investments of some 3 percent during the year. Israel is also benefiting from positive investments, especially in the technology sector.” Add to that receipts from sales of natural gas that are starting to pour in. Israelis, the analysts said, need to get used to the idea that their currency is among the world’s strongest, and is likely to remain that way for some time to come.