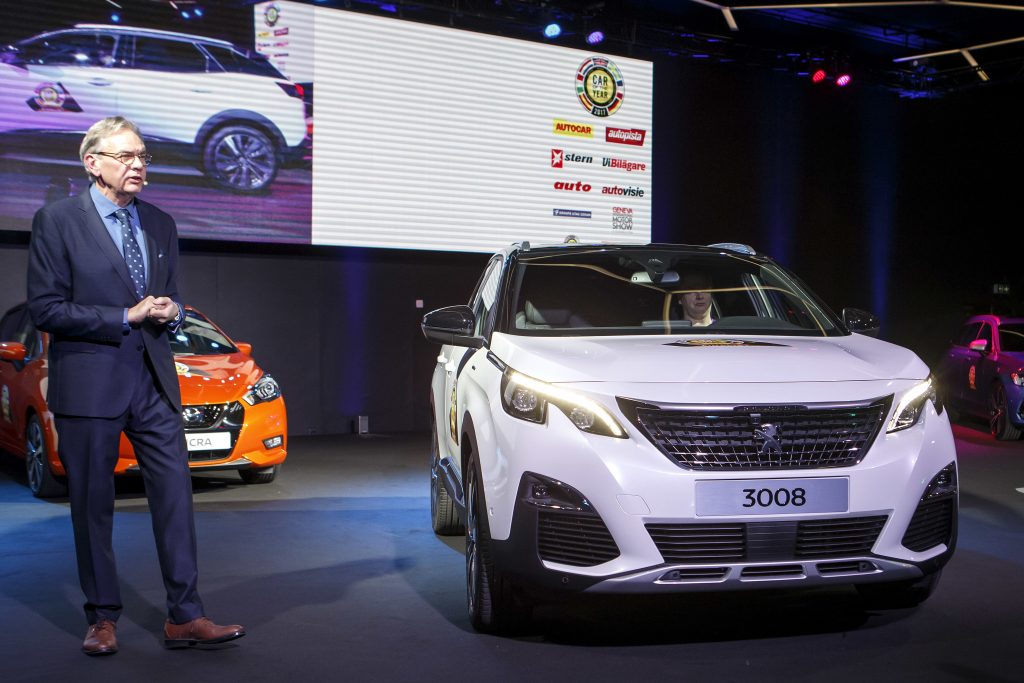 The Peugeot 3008, the French automaker’s offering for the hot mid-size SUV segment, has been named “Car of the Year” by dozens of European motoring journalists.

At a glitzy awards ceremony in Geneva, Peugeot Group CEO Jean-Philippe Imparato was hailed a “fantastic honor” for the recognition, saying he believed the 3008’s high-cockpit feel in a car that drives like a sedan put it over the top in the competition.

“(The award) will have an effect on image — this is very important for us. It shows we can do the job,” he added. “Peugeot is back.”

The award presented Monday marks the unofficial kickoff for media at this year’s Geneva auto show, which is in its 87th edition.

The six other finalists for the award, billed as the most prestigious of its kind, were the Alfa Romeo Giulia, which placed second in the voting, as well as the Citroen C3, Mercedes E-Class, Nissan Micra, Toyota C-HR hybrid, and Volvo S90/V90.

“This is the day we will not forget in our history: The same day, two announcements,” said Mr. Imparato.

Alluding to the deal to buy Opel, he said, “This is an alliance of winners.”