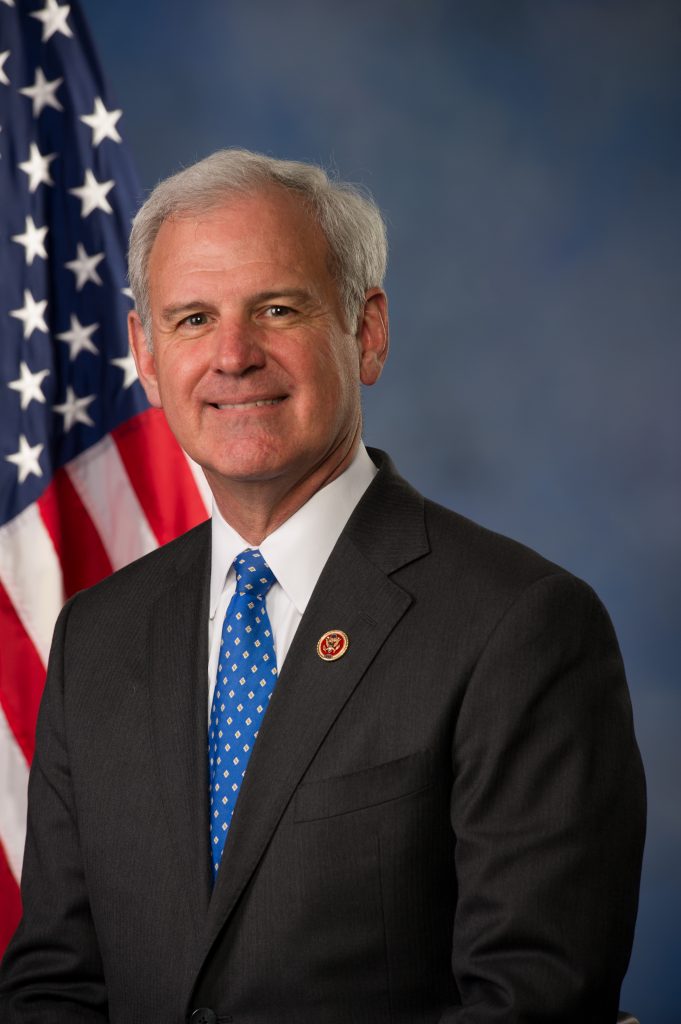 President Donald Trump and congressional Republicans are poised to roll back a series of Obama-era worker safety regulations targeted by business groups, starting with a rule that would require federal contractors to disclose and correct serious safety violations.

The Senate is set to vote Monday evening to eliminate the regulation, dubbed the Fair Pay and Safe Workplaces rule. Finalized in August and blocked by a court order in October, the rule would limit the ability of companies with recent safety problems to complete for government contracts unless they agreed to remedies.

The measure to abolish it has already cleared the House. The next step after the Senate vote would be the White House, where Trump is expected to sign it.

A half-dozen other worker safety regulations are also in Republican crosshairs, with one headed to the Senate floor as soon as this week. Many are directed at companies with federal contracts. Such companies employ 1 in 5 American workers — meaning the effort could have wide-ranging effects.

“This is the opening salvo of the Republican’s war on workers,” said Deborah Berkowitz, who was a senior policy adviser at the Occupational Safety and Health Administration when many of the regulations were crafted. “It sends a signal that Congress and the administration is listening to big business and their lobbyists and they are not standing up for the interests of the American workers.”

The U.S. Chamber of Commerce, the Business Roundtable and other leading business groups have urged Congress and the Trump administration to eliminate the regulations, arguing that they discourage businesses from competing for government contracts, thereby reducing jobs.

“This is the same old playbook from the left that never changes,” said Randy Johnson, the Chamber’s senior vice president for labor, immigration and employee benefits. “Any changes in employment laws proposed by the employer community is disingenuously described as an attack on workers. The left has never seen a regulation they don’t like, no matter how many jobs it kills.”

Hours before the Senate vote on the Fair Pay and Safe Workplaces rule, Sen. Elizabeth Warren, (D-Mass.) released a staff report that says that 66 of the federal government’s 100 largest contractors have at some point violated federal wage and hour laws. Since 2015, the report says, more than a third of the 100 largest OSHA penalties have been imposed on federal contractors.

“Too often, federal contractors break labor laws while continuing to suck down millions in taxpayer dollars,” Warren said in a statement.

That concern prompted the Fair Pay and Safe Workplaces regulation. Among the strongest data points: Rodney Bridgett, 37, a worker at a Tysons Foods beef processing plant in Nebraska, was crushed by a piece of heavy equipment when a chain snapped on the plant’s “kill floor” in 2012.

Tyson spokesman Worth Sparkman called Bridgett’s death “a tragic accident” and said the company aspires to “have zero work-related injuries and illnesses, and continue to improve our culture related to safety every day.”

OSHA investigators found that Tysons supervisors had repeatedly failed to inspect the faulty chain. While OSHA sought to fine the company, the Obama administration moved separately to target a major source of Tysons’s revenue: nearly $300 million a year in federal contracts.

The Fair Pay and Safe Workplaces regulation was finalized in August. Days later, the Associated Builders and Contractors (ABC) sued, securing a temporary injunction that prohibited the federal government from implementing it.

ABC and other business groups objected to the rule’s requirement that companies disclose citations for alleged safety violations that they are still challenging.

“They define violations to include mere allegations and citations where the contractors haven’t had a chance to defend them,” said Marc Freedman, executive director of labor law policy with the Chamber. “We consider this a violation of their constitutional due-process rights.”

David Madland of the Center for American Progress, a liberal think tank, said the rule applies only to companies with contracts worth $500,000 or more. If the rule is eliminated, he said, taxpayers will lose alongside affected workers. One purpose of the rule was to make it easier for federal agencies to identify contractors who were not honest brokers when it came to employee pay.

“People who rip off workers rip off the government,” Madland said.

After Trump’s election, the Chamber and other business groups added the rule to wish lists for regulations they wanted to see eliminated. Republican lawmakers quickly identified a tool to assist in those efforts — the rarely used Congressional Review Act (CRA). Approved in 1996, the law had been used only once — to end a worker safety rule that would have forced companies to alter their workstations or change tools and equipment if their employees suffered work-related repetitive-stress injuries.

The CRA allows Congress to roll back recently enacted regulations by a simple majority vote. Once a rule is killed, it is killed forever. No future administration can pass a similar measure unless Congress is persuaded to pass a law instead — a far more difficult task.

Reps. Bradley Byrne (R-Ala.) and Virginia Foxx (R-N.C.) are leading the charge to kill Labor Department regulations using the CRA. In addition to the effort to eliminate the Fair Pay and Safe Workplaces regulation — called the “blacklisting” rule by the Chamber and many Republican lawmakers — Byrne introduced a measure to quash a regulation called the Volks rule.

Adopted in January, the rule responds to a 2012 D.C. Court of Appeals decision — Volks Constructors v. Secretary of Labor — that limited OSHA’s power to issue citations for violations older than six months. The new rule gives OSHA authority to issue citations and levy fines against companies for safety violations related to illnesses, injuries and deaths that date back as far as five years.

Last week, the House voted to kill the Volks rule. If the measure clears the Senate, Trump is expected to sign it.

Byrne said he does not think OSHA needs the Volks rule. “If you are determined to be a bad actor, you’ll be a bad actor,” he said. “I don’t think this is going to encourage noncompliance. I think that OSHA is being lazy on getting its investigations done.”

Byrne also called the rule “an overreach,” saying the changes should have been made in law, not through regulation.

Rep. Robert “Bobby” Scott (D-Va.) is leading efforts to block the rule-killing measures. He argues that Byrne’s measure to kill the Volks rule “will block OSHA’s enforcement efforts and create a safe harbor for those employers who deliberately underreport.”

OSHA says staffing levels permit investigators to visit an American business roughly once every 140 years, unless a serious violation is reported.

Scott also defended the Fair Pay and Safe Workplaces rule, saying that nothing in the regulation would ban a company from securing a federal contract. He noted that only companies with “serious, pervasive, intentional and repeated” safety violations would have to report them.

“Who qualifies for that who we need to help?” Scott said. “If you can save money by underpaying your workers and violating OSHA, why should you have a competitive advantage over those who are complying with the law?”

Leaders on both sides of the battle hold key committee assignments and have close financial ties with the constituencies they are championing. Foxx and Byrne received hundreds of thousands in donations for their 2016 reelection campaigns from employees of federal contractors and their trade groups, including ones that have been at the forefront of efforts to kill the two worker safety rules. Foxx received $7,500 from employees of ABC, while Byrne received $10,000 from ABC employees.

Scott, meanwhile, is a long-standing champion of unions and civil rights groups who are in favor of the keeping the Obama-era rules. During Scott’s 2016 reelection campaign, more than half of his donations came from union employees, including $10,000 from the United Steelworkers and $30,000 from the United Food and Commercial Workers union, according to records maintained by the Center for Responsive Politics.

Alice Crites contributed to this report.