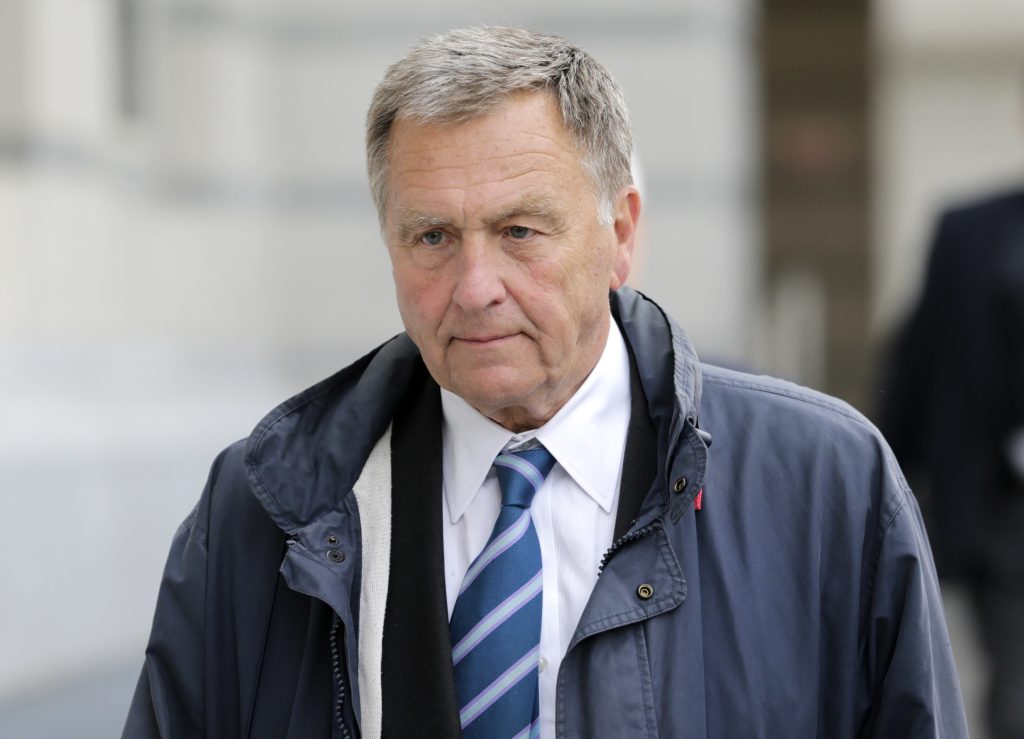 David Samson, the former chairman of the Port Authority of New York and New Jersey, avoided prison and was sentenced to a year of home confinement and four years’ probation for pressuring United Airlines to fly a money-losing route convenient to his family’s weekend home.

Samson pleaded guilty to bribery for coercing United to reinstate a twice-weekly route from Newark to South Carolina, a route he called the “Chairman’s Flight.” Prosecutors said it was “an outrageous abuse of power” worthy of two years in prison, while Samson said he deserved community service.

U.S. District Judge Jose Linares handed down the sentence Monday in federal court in Newark, New Jersey, where Samson, 77, pleaded guilty on July 14 to a deal that capped his potential prison term at two years. The case was a dramatic fall from grace for a powerful political insider who was a close adviser to New Jersey Governor Chris Christie, a Republican, and was attorney general under former Democratic Governor James McGreevey.

Linares also ordered Samson to perform 3,600 hours of community service and fined him $100,000.

“I apologize to the public to whom I owe much better,” Samson said at the court hearing. “I know I disappointed all of these people. I am deeply sorry for that. I take full responsibility for my action.”

The scandal over the South Carolina route also ensnared Jeff Smisek, the chief executive officer of United Continental Holdings Inc., and two other company executives, both of whom resigned last September. United paid more than $4.6 million in penalties to the U.S., and former United lobbyist Jamie Fox was charged in the plot. Fox, who served as Christie’s transportation commissioner, died last month. A memorial service is scheduled for Monday.

Samson’s lawyers had argued in court papers he received “an extremely narrow benefit” when United reinstated the twice-weekly route from Newark to South Carolina, and that other public officials had pressured airlines for special flight arrangements. Samson’s lawyers sought leniency, citing his public humiliation, his professional ruin, and his “precarious” mental and physical condition.

But prosecutors said he was an affluent man of sound mind who faced no personal or professional crisis that could have clouded his judgment or diminished his ability to understand his actions. Samson, they said, knew better than to abuse his post through a scheme that was “calculated and entirely corrupt.”

Samson first raised the subject of the flight with Smisek at a dinner in Manhattan in September 2011. Samson told Smisek about his commute from Newark to Aiken, South Carolina. He asked Smisek if United would reinstate a flight to Columbia, South Carolina, so he could avoid an hour of driving time from Charlotte, North Carolina.

Smisek said he would consider it. When United balked, Samson arranged for the Port Authority’s board to delay consideration of a plan for a United wide-body hangar at Newark Liberty International Airport, which included $10 million in public funding. After the board approved the project, the flight began months later. Samson took the trip 27 times.

“Samson celebrated and reveled that the flight was arranged to suit his fancy,” prosecutors said. Samson was a highly successful lawyer who could afford more convenient travel to Aiken, they said.

“David unquestionably misused his position in this isolated incident, but he was not corrupted,” Samson’s attorneys wrote. “He has been publicly and politically humiliated, despite having served in a variety of public and private positions with distinction. He will end his life branded a felon.”