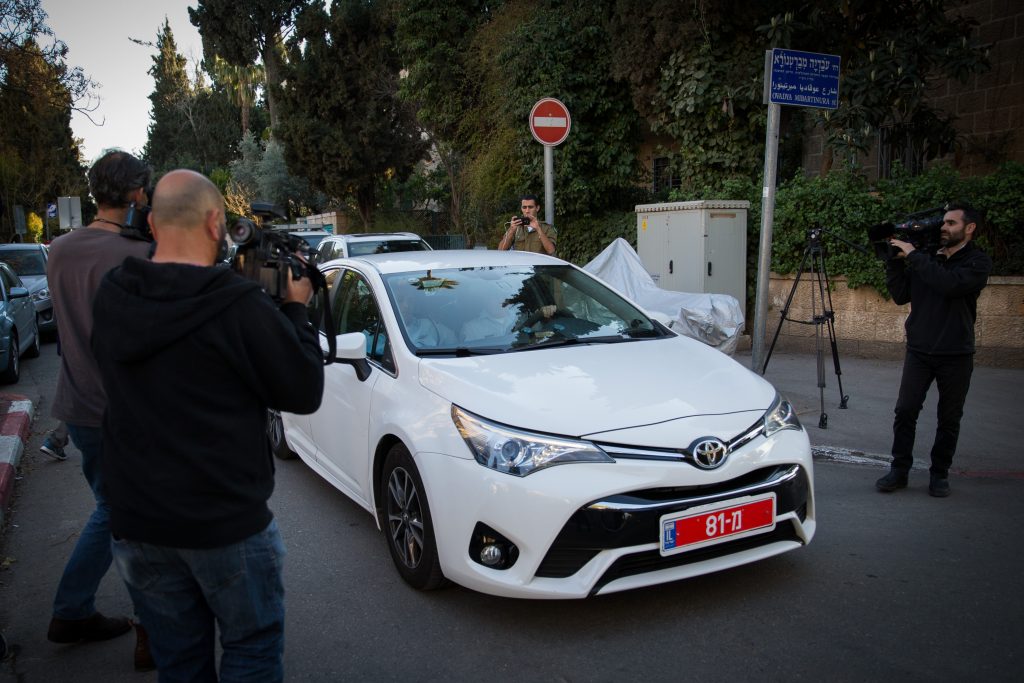 A phone call from U.S. President Donald Trump interrupted a police inquiry into Israeli Prime Minister Binyamin Netanyahu, who on Monday was being questioned for a fourth time over suspicions of corruption.

Not long after sitting down with police investigators at his residence in Yerushalayim, one aide said, Mr. Netanyahu briefly excused himself to speak with Mr. Trump.

“The two leaders spoke at length about the dangers posed by the nuclear deal with Iran… and about the need to work together to counter those dangers,” Mr. Netanyahu’s office said in a statement issued just before details of the police probe led prime time news.

Mr. Netanyahu, 67, is a suspect in two cases, one involving the receipt of gifts from businessmen and the other related to conversations he held with an Israeli newspaper publisher about limiting competition in the news sector in exchange for more positive coverage.

No charges have been brought against Mr. Netanyahu, who has been in power since 2009 and has denied wrongdoing.

A police spokeswoman said a statement would be released after the session. “We are in the final stages,” Police chief Roni Alsheich told reporters earlier about the investigation.

Once it is complete, police will decide whether to drop the case or recommend the attorney general bring charges.