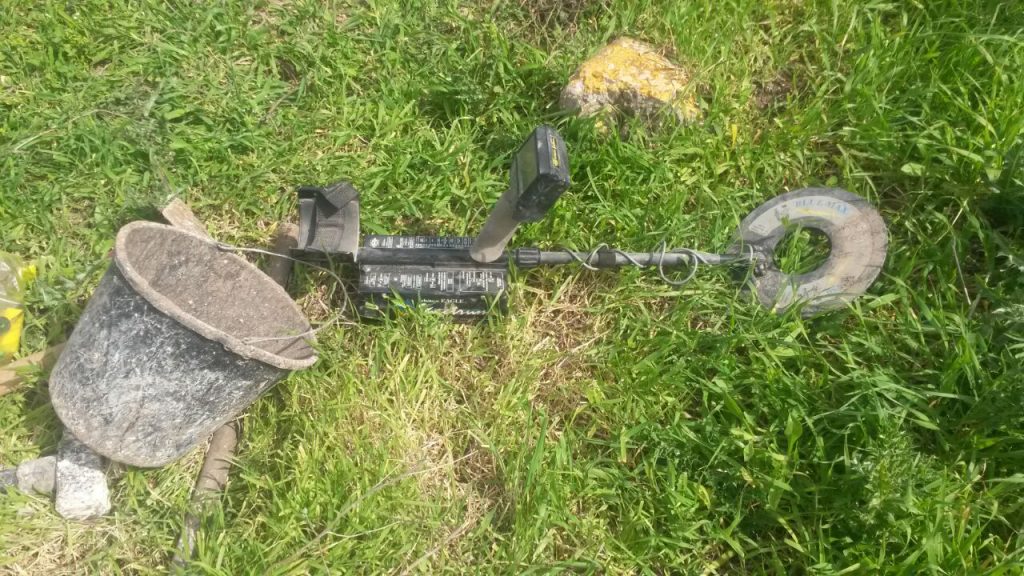 Three Palestinians from Yehudah and Shomron were caught on Sunday attempting to steal gold coins from an archaeological site dated to the period of Bayis Sheini and the Bar Kochva Revolt.

Investigators from the Israel Antiquities Authority Robbery Prevention Unit arrested the men as they were engaged in unauthorized digging at the site.
The capture occurred during a routine afternoon patrol of the area, called Beit Shana, located between Modiin and Kibbutz Shaalvim, Uzi Rothstein, an inspector from the IAA’s Robbery Unit, said.

“I was on a regular mission at the site on the top of a hill and suddenly, about 150 feet away, I saw one of the members of the group digging and I ran to him and discovered there were two other men with shovels, metal detectors, pickaxes, and large quantities of food and water,” Rothstein said on Monday.
“I shouted at them to not move, called my partners from the unit and the Modiin Police, and questioned them about what they were doing there.”
The three suspects, all in their 40s, told interrogators that they had traveled illegally from the Palestinian village of Beit Ur al-Tahta and confessed that they were there to dig for gold coins.
Although no coins were found in their possession, Rothstein filed for an indictment against them for conducting an illegal excavation.