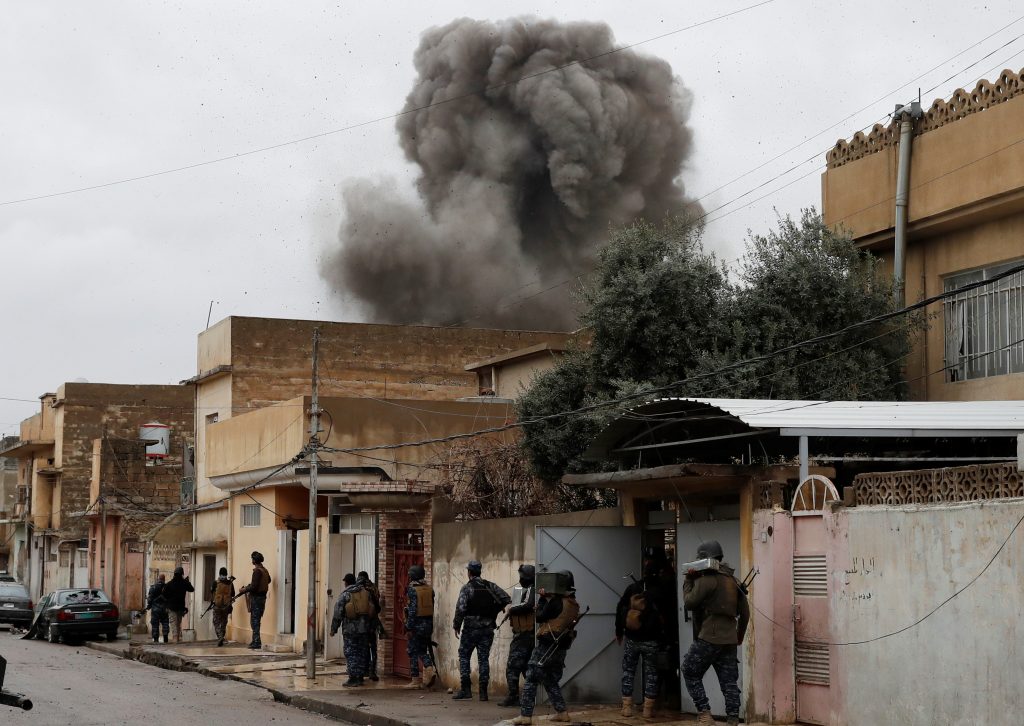 U.S.-backed Iraqi forces launched on Sunday a new push toward the Islamic State-held old city center of Mosul, on the western bank of the Tigris River, an Iraqi military spokesman said.

Iraqi forces are fighting their way toward the old city center, advancing from the south and the southwest, Brigadier-General Yahya Rasool, spokesman for the joint operations command, told state-run media. Iraqi forces captured the eastern side of Mosul in January after 100 days of fighting and launched their attack on the districts that lie west of the Tigris River on Feb. 19.

Their advance in western Mosul paused over the past 48 hours because of bad weather. Defeating the Islamic State terrorist group in Mosul would crush the Iraqi wing of the caliphate declared by the group’s leader, Abu Bakr al-Baghdadi, in 2014, over parts of Iraq and Syria.