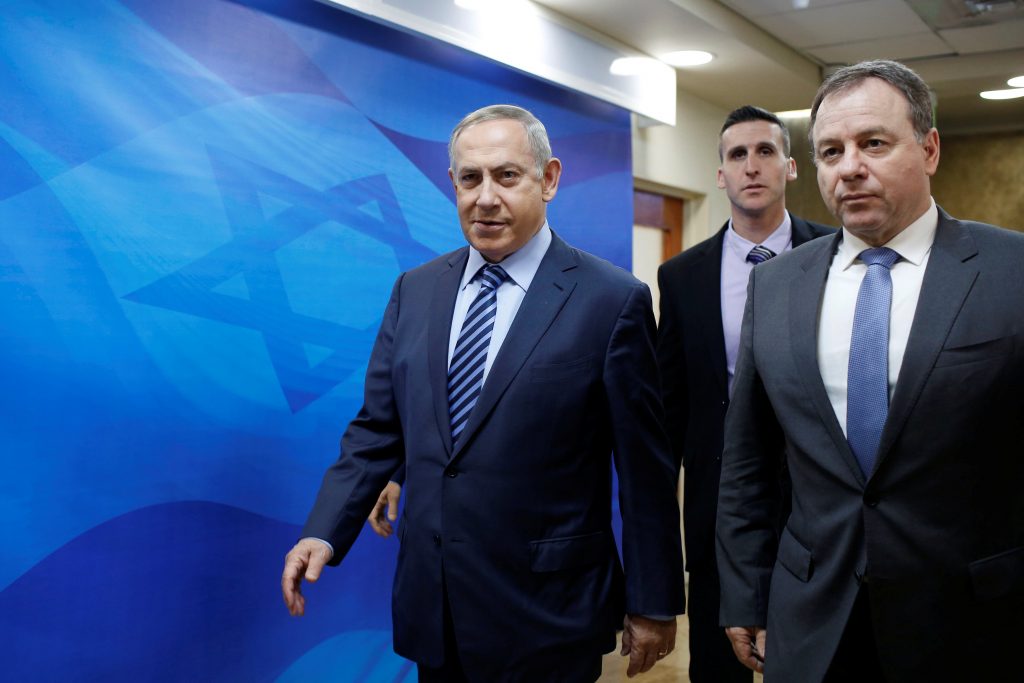 Prime Minister Binyamin Netanyahu said he will meet Russian President Vladimir Putin in Moscow on Thursday to voice opposition to what the Israeli leader charged were Iran’s attempts to establish a permanent military foothold in Syria.

“In the framework of a (future peace agreement) or without one, Iran is attempting to base itself permanently in Syria – either through a military presence on the ground or a naval presence – and also through a gradual attempt to open a front against us on the Golan Heights,” Netanyahu told his cabinet in public remarks on Sunday.

“I will express to President Putin, Israel’s vigorous opposition to this possibility,” he said.

Iran, Israel’s arch-enemy, has been Syrian President Bashar al-Assad’s staunchest backer and has provided militia fighters to help him.

Russia, also Assad’s ally, is seen as holding the balance of power in achieving a deal on Syria’s future. In Geneva on Friday, the first U.N.-led Syria peace talks in a year ended without a breakthrough.

Israeli leaders have pointed to Tehran’s steadily increasing influence in the region during the six-year-old Syrian conflict, whether via its own Revolutionary Guard forces or Shiite Muslim proxies, especially Hezbollah.

Last year, Avi Dichter, the chair of the Knesset’s Foreign Affairs and Defense Committee, said Iran had tried several times in the past to move forces into the Syrian Golan Heights, next to the Israeli border.

Dichter said those moves were repelled, but gave no details.

Netanyahu has said that Israel has carried out dozens of strikes to prevent weapons smuggling to the Iranian-backed Lebanese terror group Hezbollah via Syria. Two years ago, Israel and Russia agreed to coordinate military actions over Syria in order to avoid accidentally trading fire.

“I hope that we’ll be able to reach certain understandings to lessen the possible friction between our forces and their forces, as we’ve successfully done so far,” he said at the cabinet meeting, referring to the Russian military.