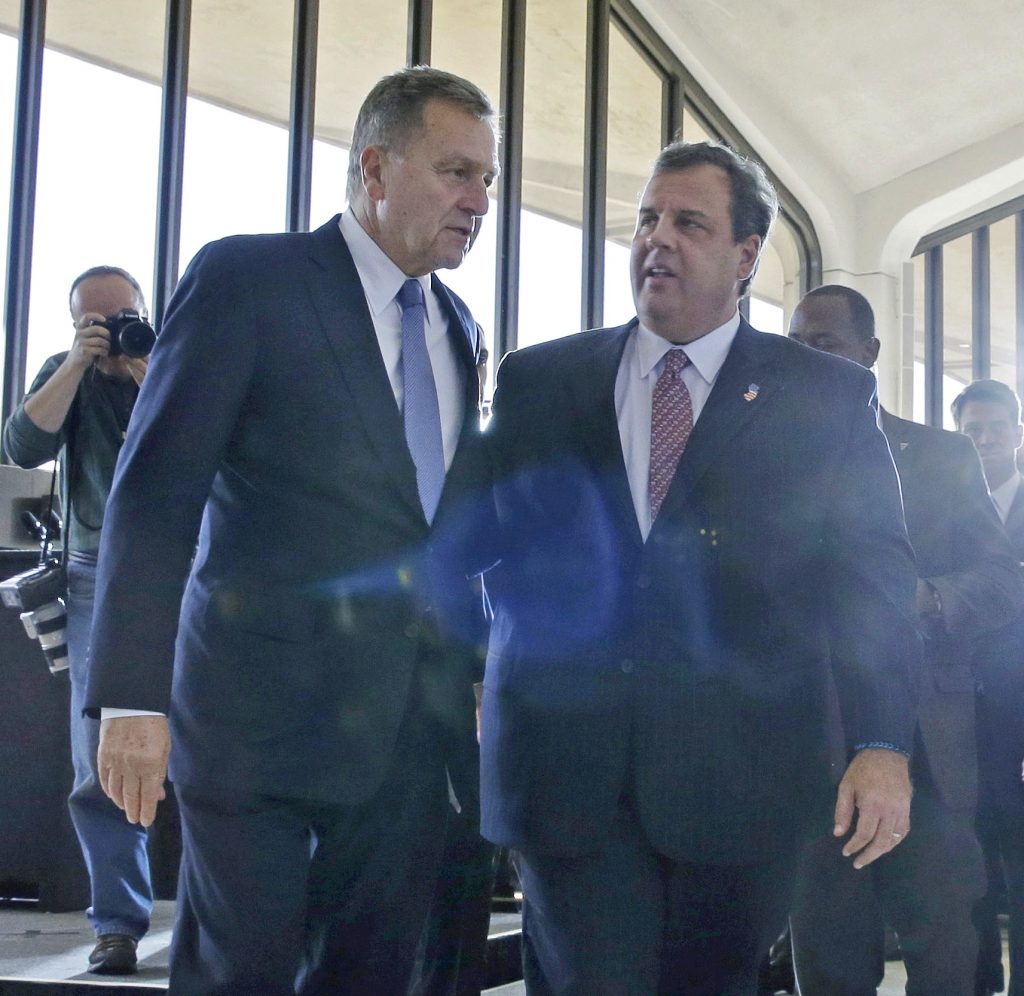 He once was New Jersey’s highest ranking law enforcement official, a mentor to Gov. Chris Christie and the head of one of the nation’s most powerful transportation agencies. On Monday, David Samson’s next title could be far less glamorous — federal inmate.

Samson faces sentencing for using his position as Port Authority chairman in 2012 to pressure United Airlines to revive a money-losing flight from Newark to Columbia, South Carolina, so he could have easier access to a weekend home in Aiken — which saved him an hour’s driving time, as it turned out.

United discontinued the flight days after Samson resigned in early 2014.

The backroom deal was struck as United was in negotiations with the Port Authority over a hangar lease at Newark Liberty International Airport, according to prosecutors.

The 77-year-old Samson pleaded guilty last summer to a bribery charge and faces up to two years in prison, though his plea agreement allows for the possibility of probation.

His attorneys, who include former U.S. Homeland Security Secretary Michael Chertoff, filed a brief last week pleading for leniency, writing that Samson’s actions were “an aberration in an otherwise unblemished and extraordinary career.” They added he is in poor health and is “very likely in the last few years of his life.”

Prosecutors wrote in a response brief that Samson should serve the full 24 months for abusing his power “in a stunning and audacious manner.”

It is an ignominious ending for one of New Jersey’s powerful political players, who headed Christie’s transition team and was rewarded with the Port Authority chairmanship in 2011. The Port Authority oversees billions of dollars in assets and operates New York-area bridges, tunnels, ports and airports.

Samson’s longevity and influence are reflected in the more than four dozen letters of support filed in advance of his sentencing. The writers include three former state attorneys general and former Democratic Gov. Jim McGreevey. Christie didn’t write to the court but has called Samson “an extraordinary person” who “obviously had a lapse in judgment.”

Those testimonials are at odds with the portrayal of Samson by former colleagues at the Port Authority regarding the George Washington Bridge scandal, in which two former agency officials face prison for creating traffic jams to punish a Democratic mayor who wouldn’t endorse Christie’s re-election.

During a trial last fall, one of the officials, David Wildstein, testified Samson knew about the plot beforehand and was “helping us to retaliate.”